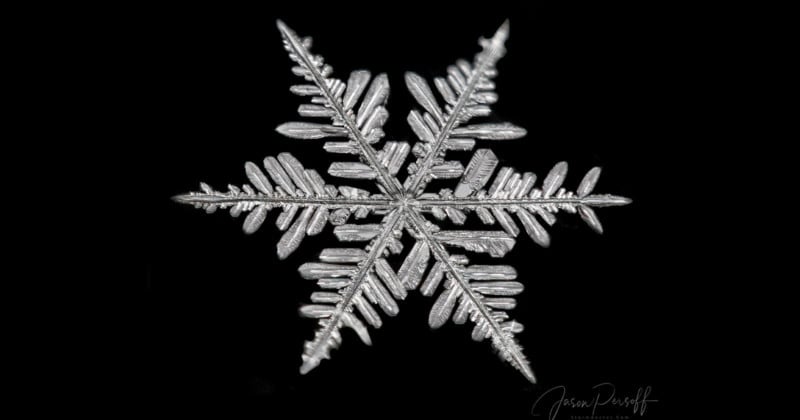 A photographer who has spent six years capturing magical photos of snowflakes seeks out the best-looking ice crystals, including rare 12-sided ones.

Jason Persoff used to dread winter and struggle in the darkness that envelops his hometown of Denver, Colorado. But he tells PetaPixel that photographing snowflakes changed his perspective on Christmas time.

“Photographing snowflakes opened up a whole new world to me, and once I saw them up close and detailed, I knew I had to keep at it until I perfected my technique (I’m still working on that),” he says.

“I get better and better each time and as such also feel a deep connection to nature.” 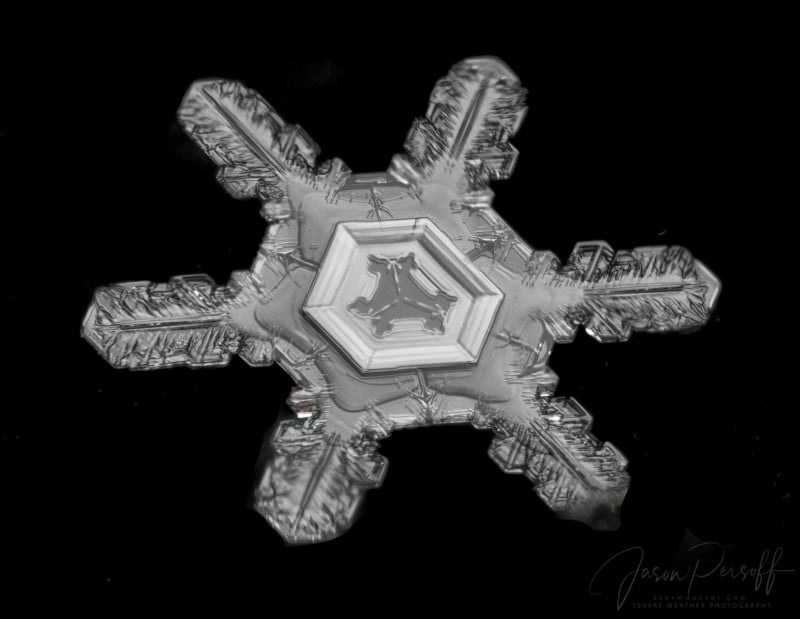 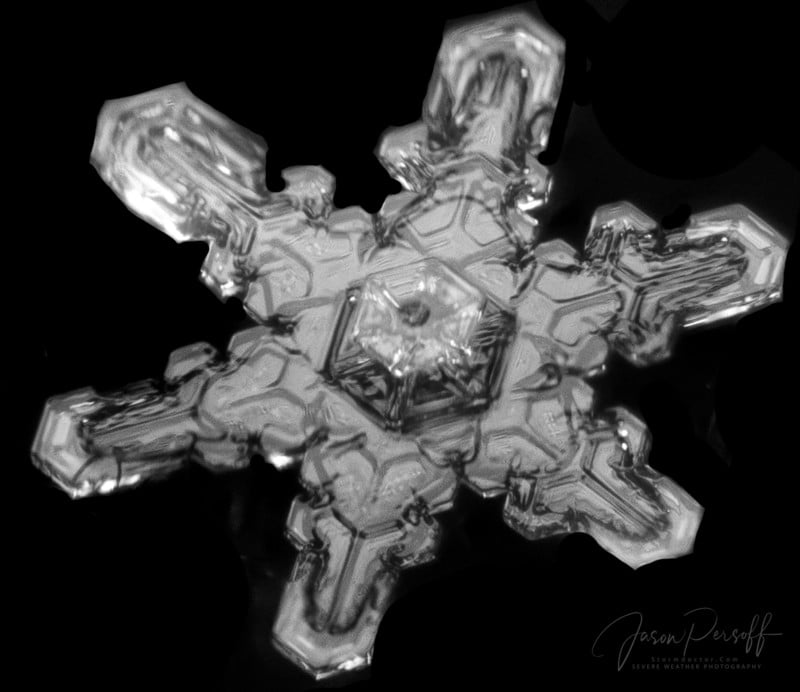 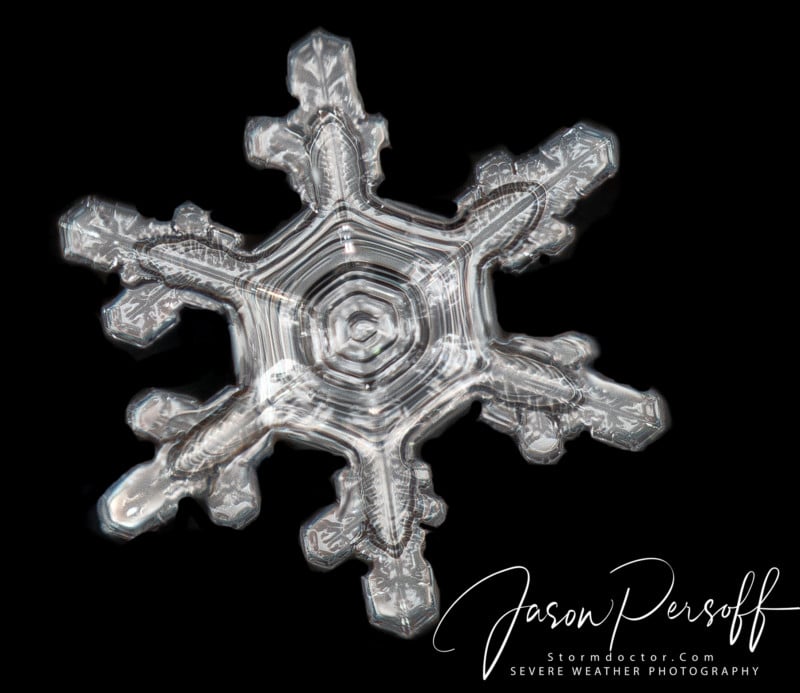 Persoff’s technique involves a snowy day, a black wool sock, and a Sony A7 III with a Canon EF-S 60mm macro lens with extension tubes attached.

“Catching snowflakes is pretty simple, actually. I catch them on a black wool sock. You have to capture the flakes right as they fall — as soon as they form they can begin to degrade once crystallization stops from melting or from sublimation,” he explains.

“So I’ll capture a ‘sock’ full of flakes and eye them all very carefully for quality and detail. It’s like an audition period, only the ones that fail get to be melted down and get another opportunity when they vaporize and fall from the sky again.” 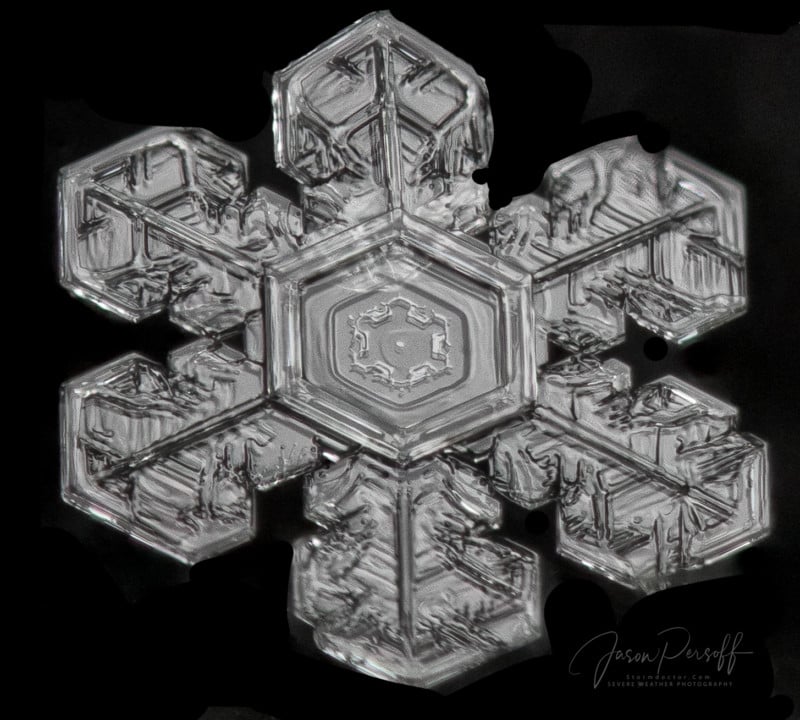 For a snowflake to catch Persoff’s attention he needs to see something “spectacular.”

“Be it from thin-film interference which creates color like gasoline on water to highly etched-appearing shapes. Sometimes it looks as if the snowflake was designed with hieroglyphics or sacred geometric shapes. They’re really fantastic. And they’re effervescent — here for a short time and then gone,” he says.

Persoff uses a ring flash and LCD lights for illumination and takes advantage of the tiny depth of field to make the black sock look like a pure dark background.

“I need to take 25-40 photos back and forth through the plane of the snowflake since the snowflake is never fully in focus, only pieces of it,” he explains

“Photoshop then does the focus stacking and in the process, the black sock is so ‘far in the background’ that the background goes black.”