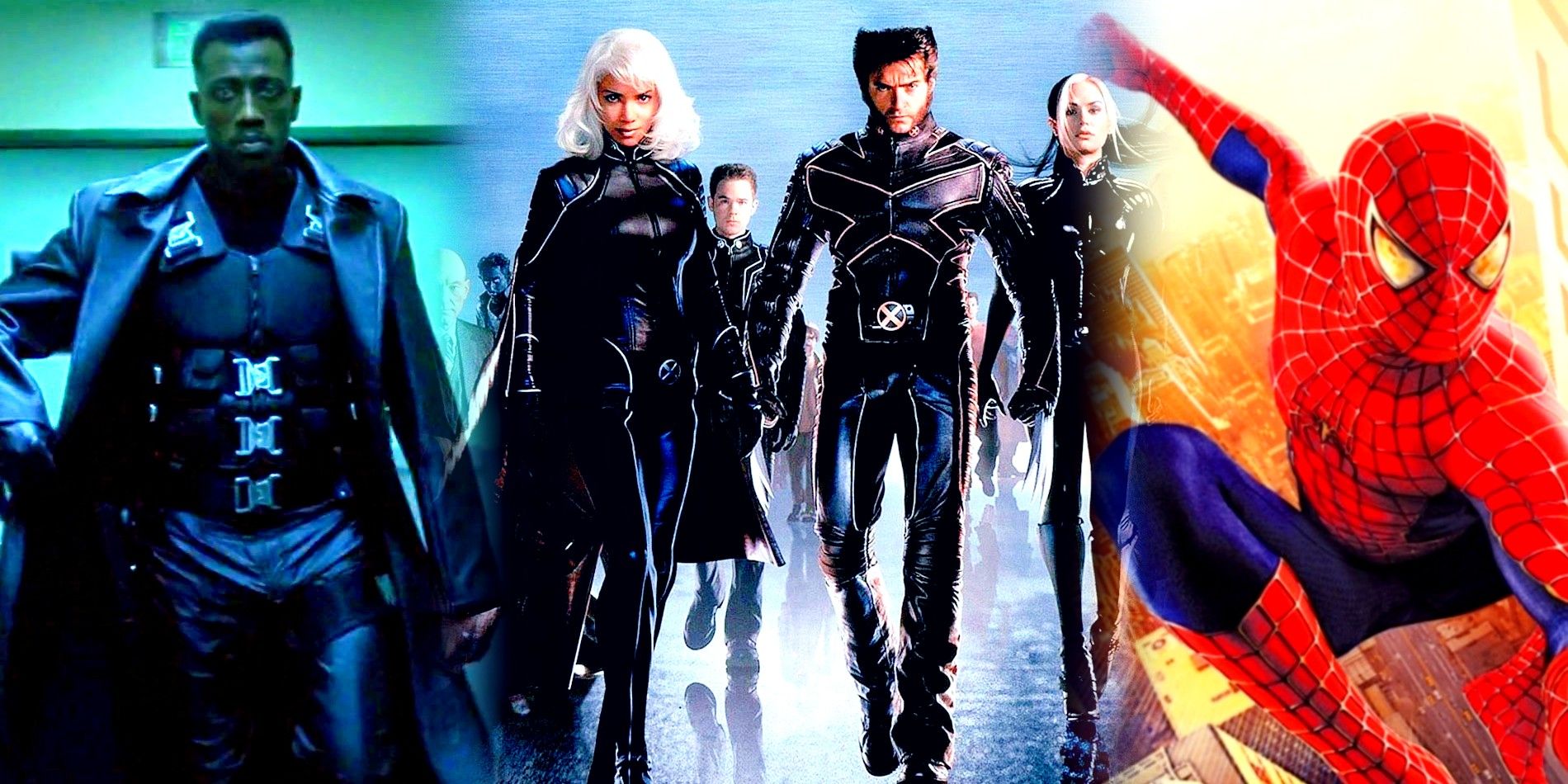 X-Men trends on Twitter after an exhaustive debate starts between fans who argue about which pre-MCU comic book movie is the most important.

X-Men became a trending topic on Twitter after fans started debating which pre-MCU comic book movies are most important. Although the world of comic book films is primarily dominated by the MCU these days, there was an era of superhero films, before the first Iron Man in 2008, that laid the foundations upon which the MCU would build its empire.

With movies like Avengers: Infinity War and Avengers: Endgame being some of the largest and most successful films in history, it’s hard to imagine a time when superhero movies weren’t at the center of culture, but in the late 1990s and early 2000s, they didn’t carry the same significance that they do now. Films like Blade in 1998, X-Men in 2000, and Sam Raimi’s Spider-Man in 2002 were among the first superhero movies to popularize a genre that had previously been mainly reserved for comic book fans. Each of these franchises took a different approach adapting comic book material into films. Still, each plays a significant role in the overall history of comic book movies and paves the way for superhero movies to become the dominant force in cinema today.

X-Men trended on Twitter today after the debate over the significance of each pre-MCU comic book movie captured the attention of Twitter users all over the world. Many fans claim that 2000’s X-Men is overlooked when it comes to superhero movies and that, without it, the MCU wouldn’t exist as it does today. Others argue that 2002’s Spider-Man is the pillar upon which the MCU was built, while Blade fans counter that the success of the MCU can be traced back to the 1998 Wesley Snipes vampire-slayer film. Check out the debate below:

Imma need y’all to stop acting like Blade wasn’t the jumping off point, without Blade success there would be no Tobey Spider-Man nor X-men https://t.co/swVC3kIjfe

“Toby Spider-man and 2000s x-men gave us the MCU! Deal with it!”
“No way it was Iron Man they weren’t sure it would work sorry you’re wrong!”
Every single Black fan: pic.twitter.com/eJ5wjI93iH

Yeah, Blade came first but I don’t even recall it being hyped as a Marvel film. All Blade’s success did was cause more Blade movies to be made. Blade did not lead to X-men.

Like many arguments about pop culture, there isn’t necessarily a right or wrong answer when it comes to which pre-MCU film is most important, but, at the very least, the debate does create an opportunity to reflect upon the humble beginnings of an era of movie-making that has been dominant in entertainment for well over a decade. Blade was a commercial success, so much so that two sequels would eventually follow. While the movie doesn’t always feel like a comic book movie by today’s standards, its box office revenue showed the executives at Marvel that superhero movies can be worthy investments.

X-Men‘s legacy has been complicated somewhat by the sexual abuse allegations made against the film’s director, Bryan Singer, but, to many on Twitter, it is the single most influential comic book movie ever made. Unlike Blade, which was rated R, X-Men was rated PG-13, making it a more family-friendly affair, which allowed it to earn even more money. It also more openly wore its comic book origins on its sleeve, considered a risky move by many at the time. In 2002, it felt like whatever X-Men started, Spider-Man perfected. Spider-Man, besides having a charming and highly likable leading man in Tobey Maguire, felt more accessible to non-comic-book-lovers, opening the superhero genre wide up to more mainstream audiences. Wherever one may fall on the pre-MCU comic book movie debate, it’s clear that, without these three movies, the MCU would not exist as it does today, which, in a way, makes them all equally important.

More: X-Men 2000 Was The First True Marvel Movie (But Its Legacy Is Spoiled)

Ryan Northrup is a freelance writer for Screen Rant and a lover of all things film. Whether it’s the latest Marvel release, the hottest new Netflix series, or a smaller indie film, Ryan just loves storytelling – and writing about it! Much like School of Rock’s Dewey Finn, who believes “one good rock show can change the world,” Ryan believes that a good story can do just the same.

A graduate of Vancouver Film School’s Screenwriting Program, Ryan doesn’t just like to write about movies and TV, he likes to write his own! Ryan is currently working with a Canadian producer to bring an original feature to life.