When photography and art come together 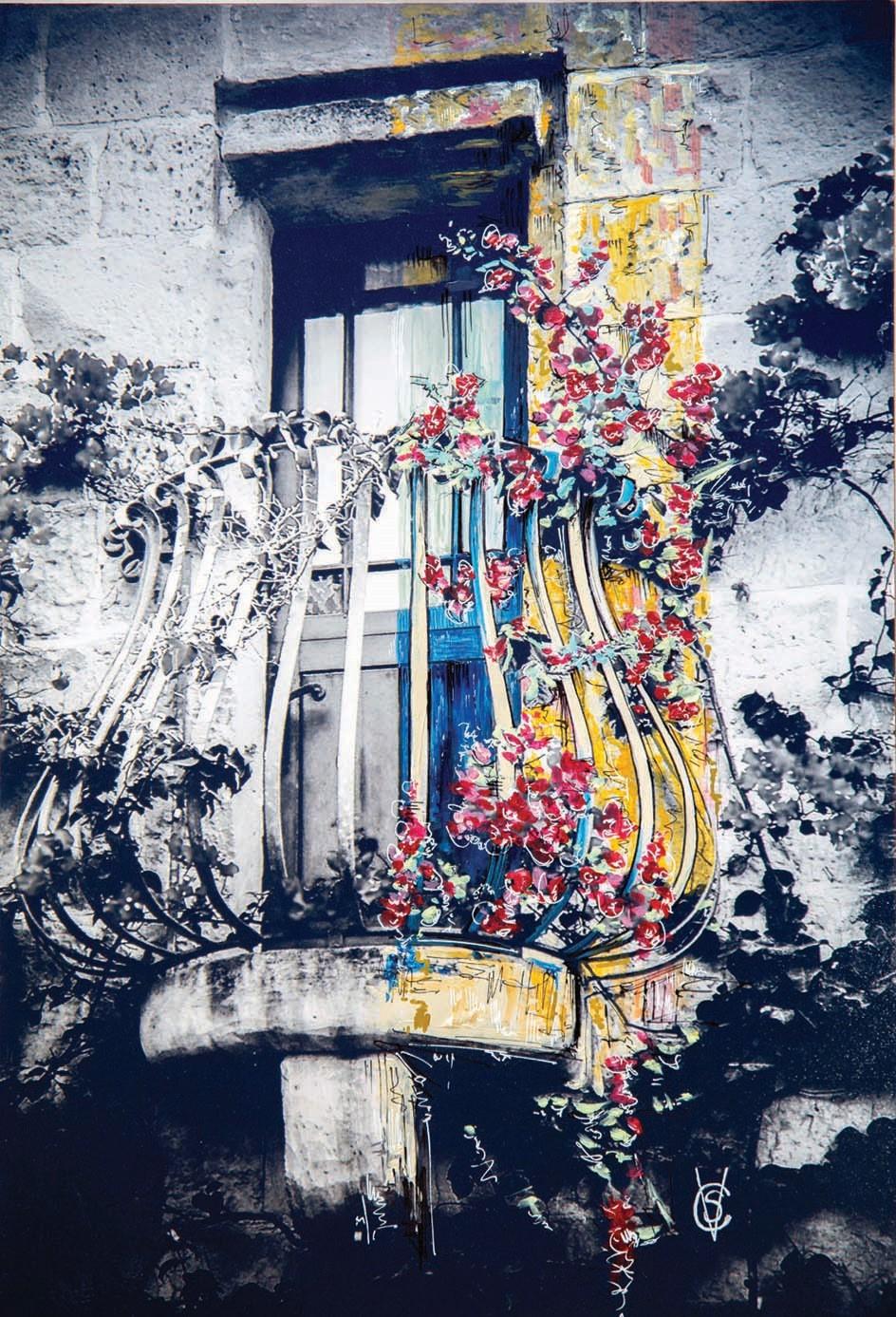 Artistic collaborations are quite common in the global art world, although they are extremely rare in the Maltese context. One is hard-pressed to come up with Maltese examples of two or more artists intervening on the same artwork. In a global context, one can mention Gilbert and George, and Pierre et Gilles.

Such collaborations go deeper than the strictly artistic as the duos are also romantically involved and live in the same household as partners. The everyday becomes a common factor, the collaboration flows organically, and it would be difficult to ascertain specific authorship to particular parts of the finished artwork.

Silvana Camilleri and Charles Vassallo have embarked on an artistic partnership that keeps their individuality and authorship well-defined. Vassallo is the photographer, providing monochrome photos, the original template for the collaboration, while Camilleri intervenes pictorially and ‘colourises’ the original prints with acrylic, revisiting somehow the technique which was in fashion decades ago, before the advent of colour photography.

Nowadays, this colourisation of old photographs and footage has seen a resurgence, aided through the clinically accurate help of digital technology. One often comes across digitally colourised pictures of Claude Monet or Pierre August Renoir in person and in full colour, thus blurring the lines between centuries; this is quite disorienting for the viewer accustomed to seeing those same images grimy and yellowed through the agency of time.

Vassallo’s father, Karmenu, who was also a professional photographer, utilised the colourisation technique to enliven his monochrome work in an effort to make it more realistic and take it out of its solemnity of actual static documentation.

Old black and white photographs, representing the goings-on at occasions such as weddings and engagement parties, were a mere snapshot in shades of black and white. They received the colourisation treatment to make them more attractive and fresher and closer to the reality of the situation. It was a conscious effort to mimic the colour of life itself.

The title of the exhibition, Ritrarti, is a compound word: ‘ritratti’ and ‘arti’ that the two artists have merged and coined to explain the underlying concept. Translated as ‘photographs’ and ‘art’, the merger is what this exhibition is about, integrating two art forms and coming up with a hybrid.

Two narratives merge in an exercise of concealment and permitted disclosure

Photographer Alfred Stieglitz once remarked: “Every photograph has an equivalent idea or emotion attached to it.”

In Ritrarti, this has a twofold dimension: the initial work, the pure photograph, is the point of departure, the first idea or emotion snapped by Vassallo. The narrative flows in a certain direction as an honest documentation of an event or person or interaction. It exists independently as a self-evident work.

However, Camilleri’s intervention with colour adds another layer, that of the visual artist’s viewpoint and her expression, the result of her own baggage and accumulated knowledge.

Two narratives merge in an exercise of concealment and permitted disclosure, indeed two variables that create this new take as a conscious and democratic collaboration, far from the realms of vandalism and the usurpation of the original creative process. 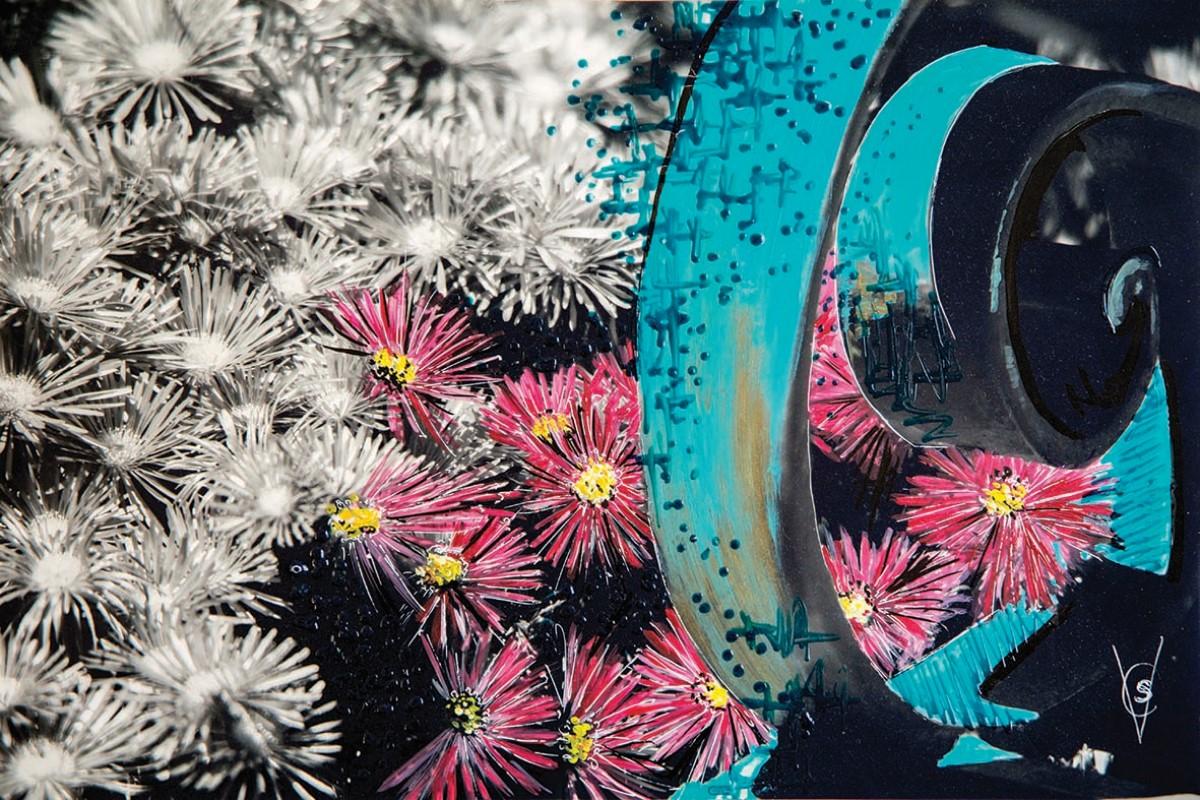 The end-product is the result of open dialogue between two artists who have faith in each other’s abilities to create an alternative discourse, bridging a conceptual generation gap between the 45-year-old Camilleri and the 70-year-old Vassallo.

The oeuvre of Gilbert and George banks on an aesthetic which is effectively and ironically anti-aesthetic and iconoclastic. It captures the viewers’ attention through its controversial photo-based themes. The vibrant intense colours the duo employs elicit reactions ranging from distaste to admiration.

Camilleri and Vassallo are not interested in consorting with controversy; Ritrarti is an exercise in bringing together two art forms and exploring new harmonious possibilities.

Ritrarti, curated by Lino Borg and hosted by Ċentru Pastorali Sgħajtar, Naxxar, is on until July 31. Consult the event’s Facebook page for opening hours.

Independent journalism costs money. Support Times of Malta for the price of a coffee.