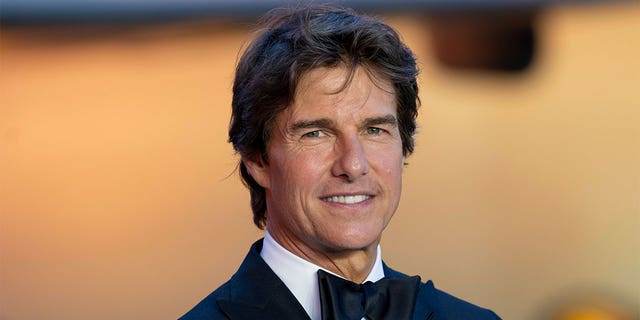 ‘Tis the season of endless “best of” lists. Newspapers, magazines, and social media sites have been flooded with their cultural critics’ views of 2022’s ten best books, plays, restaurants, “hatemongers,” and, of course, movies.

A glance at these lists, particularly the “ten best films,” suggests how utterly out of touch some of the nation’s most prominent film critics are with what Americans want to watch.

Consider the recommendations of my former employer, The New York Times. Though critics Manohla Dargis and A.O. Scott have written some incisive, powerful reviews this year, their “ten best” recommendations were mystifying. But perhaps even more striking than their recommendations were their omissions. While quality should not be confused with popularity, critics at The Times and other journals must have decided that they could virtually ignore films that Americans actually paid to see.

The most glaring omission is the old-fashioned, feel-good blockbuster – “Top Gun: Maverick.” Why would snooty cinéastes laud a film that not only got Americans back into theaters after a devastating pandemic but also grossed over $1.4 billion globally?

Why would they want to include a film that got two Golden Globe nominations, as well as the selection of “best film” by the National Board of Review, the non-profit group of New York City area film buffs whose awards are often a harbinger of films that will take home Oscars?

While quality should not be confused with popularity, critics at The Times and other journals must have decided that they could virtually ignore films that Americans actually paid to see.

Why would they mention a movie whose box-office superstar, Tom Cruise, insisted that it open in theaters, saying that a streaming-only premiere was “never going to happen”? Cruise prevailed, though the film’s debut was postponed four times before finally arriving in theaters last May.

The Times was not the only major newspaper to diss the year’s top-grossing film. TG:M did not make the top ten lists of critics at The Wall Street Journal, Los Angeles Times, and New Yorker. (Atlantic magazine gave it “honorable mention.”) But among the nation’s leading newspapers, only the Washington Post’s Ann Hornaday chose it as the year’s best film. Calling it “a blockbuster in the best sense of the word,” Hornaday wrote that it is a “big, old-fashioned movie-movie that outclassed the first movie in its smart writing, canny casting, authentic emotion (still crying, Iceman) and bold, beautiful production values.”

TOM CRUISE PERFORMS THE ‘MOST DANGEROUS STUNT’ HE’S EVER ATTEMPTED IN BEHIND-THE-SCENES CLIP FROM ‘M:I 7’

Curiously, the film also got more respect from foreign critics than their American counterparts. The BBC’s cultural critic Nicholas Barber called it a “thrilling showcase for some spectacular aerobatic displays,” as well as “a touching, bittersweet drama about getting older.”

“Exhilarating but wistful,” wrote the Economist, TG:M is “almost unique among sequels in that it honours its predecessor while improving on it in every way.” Barry Hertz, of Canada’s Globe and Mail, called the film a “potent combination of star power and sky-high cinematic craftsmanship,” and praised its director, Joseph Kosinski.

“Top Gun: Maverick” was not the only box office pleasure to be critically underrated. Few movie critics put one of my favorites, “Elvis” on their ten best lists, though the film appears on more of those lists than “Top Gun.”

Directed by Baz Luhrmann, “Elvis” follows the life and early death of Elvis Presley and the financial abuse of his manager, Colonel Tom Parker. Starring the gorgeous Austin Butler as Elvis and Tom Hanks as Parker, “Elvis” was a commercial success, grossing $286 million globally, the second-highest grossing music biopic of all time, second only to “Bohemian Rhapsody” in 2018.

“To know Lydia Tár is not to love her, exactly, but the mercurial conductor is impossible to stop thinking about,” David Sims of The Atlantic agreed.

Todd Field’s film, his first in 16 years, focuses on the fall of a fictional classical music conductor at the top of the classical music world. This “regressive” film, as Richard Brody, writes in the New Yorker, takes “bitter aim” at “cancel culture” and “identity politics.”

It presents Lydia as an artist who fails to separate her private life from her professional one, who allows her sexual desires and personal relationships to influence her artistic judgment,” often for the aesthetic better of all.

Her downfall is poignant and powerful, particularly in these woke times.

Brody, alas, has little time for box office favorites. His list of his favorite 30 films makes no mention of “Top Gun: Maverick.”

Judith Miller, a Fox News contributor, is an award-winning author, an adjunct fellow at the Manhattan Institute and a contributing editor of its magazine, City Journal. She was formerly a  Pulitzer Prize-winning investigative reporter for The New York Times. Her latest book is “The Story: A Reporter’s Journey.”