Time, TV and how to watch online 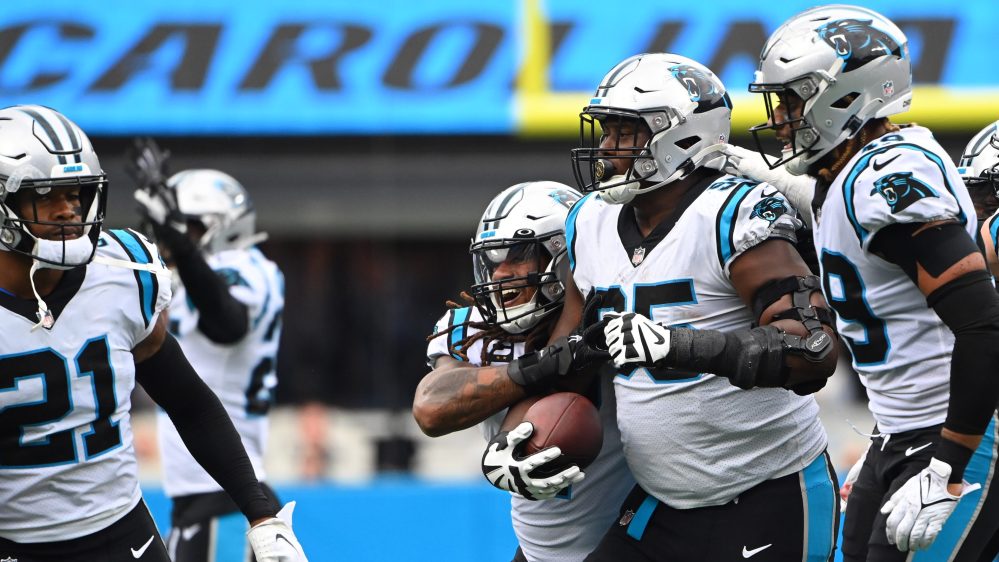 The Carolina Panthers didn’t fare too well in their last visit to see an AFC South opponent. Will they give a better account of themselves in Week 11 against the Baltimore Ravens?

Here’s how you can tune in to find out:

The game will be carried by FOX—with Kevin Kugler, Mark Sanchez and Laura Okmin on the mic. Fans located in the teal areas of the television broadcast map can watch along through their local FOX affiliate.

You can stream the game on FuboTV.

WRFX 99.7 The FOX is the team’s local radio station. Anish Shroff, Jake Delhomme, Kristen Balboni and Jim Szoke will have the call.

Save for the length between their first and second matchups, the Panthers and Ravens have played each other every four years since 2002. And over their six total meetings, Carolina has come away with victories in four.

Their last clash, which went down in 2018, saw Cam Newton and his three touchdowns lead the Panthers to a 36-21 triumph. But their last clash in Baltimore, which yielded an opposite result, saw Steve Smith Sr. reach down for some blood and guts in a 38-10 Ravens win.

What to watch for

With PJ Walker out with a high-ankle sprain, Baker Mayfield is set to make his sixth start of the season. Can he carry over the success of his most recent outing—a second-half relief appearance in Week 9 where he threw for 155 yards and a pair of touchdowns—against another AFC North foe?

And can the Panthers contain Ravens quarterback Lamar Jackson? Carolina’s defense has been spotty throughout 2022 and are sometimes (very) prone to opposing rushing attacks.