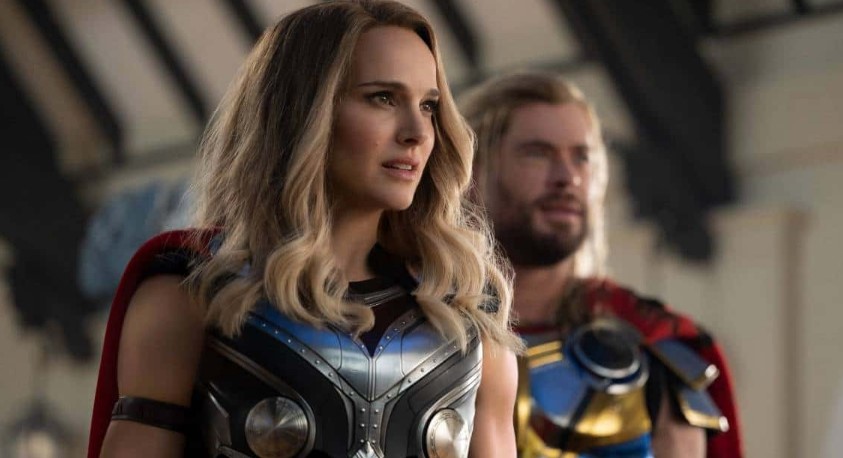 Well, we didn’t see this coming, did we? But the Thor: Love and Thunder box office is crumbling in its second weekend at the box office.

It’s actually unbelievable as the movie is just so good, right? But for some reason, Marvel fans are turning their noses up at the Taika Waititi sequel to Thor: Ragnarok. Imagine that.

Early estimates for the second weekend were at $50 million but Thor: Love and Blunder fails to deliver as it’s only coming in at $46.5 million which is a huge drop of 68% from the first week, among the MCU’s worst, which includes Doctor Strange in the Multiverse of Madness (-67%) and Black Widow (-68%).

Update: The second-weekend box office is actually lower at $46 million.

For comparison, Ragnarok only dropped 53.5% and brought in over $57 million in its second weekend, so that’s almost a 20% decline in revenue, and it’s probably safe to say the Love and Blunder box office will see a further decline in the coming weeks.

It’s also now looking like Thor: Love and Blunder will make less than Ragnarok‘s $853 million and end up somewhere in the $700 millions. Wow. It’s another disaster for Kevin Feige’s joke of a Phase 4 that killed the MCU.

Deadline also unbelievably spins a lot of BS by offering the flick is great to see in Screen X theaters, which is hilarious. I went to see the flick last night with my 14-year-old son and a nine-year-old friend in a theater that wasn’t packed at all but those who were there were in their teens and twenties. My 14-year-old hated it and the 9-year-old fell asleep, and judging by the reception, the rest of the audience couldn’t believe how dumb the movie is. It’s like Kevin Feige said let’s see how dumb we can make the movie for our zombie MCU audience and throw in dumb joke after dumb joke. Well, I don’t think you could dumb it down anymore.

What sucks is we know Waititi filmed almost four hours of footage that included a lot of cool scenes, so we know that means that he was working off a completely different script, but Feige and his woke Phase 4 producer crew mandated Waititi make it two hours and goofy as fk. The Natalie Portman Female Thor scenes were actually cool (of course) but Chris Hemsworth as Thor is a complete abomination, a bastardization of everything “Thor,” and again a complete joke. I can’t see how anyone who calls themselves a Marvel fan can like this movie. It’s moronic and completely embarrassing and insulting. And now Waititi is going to direct a Star Wars movie? Good luck, folks!

New DC Movies and TV Shows: 2022 Release Dates and Beyond

New on Prime Video and Freevee in August 2022