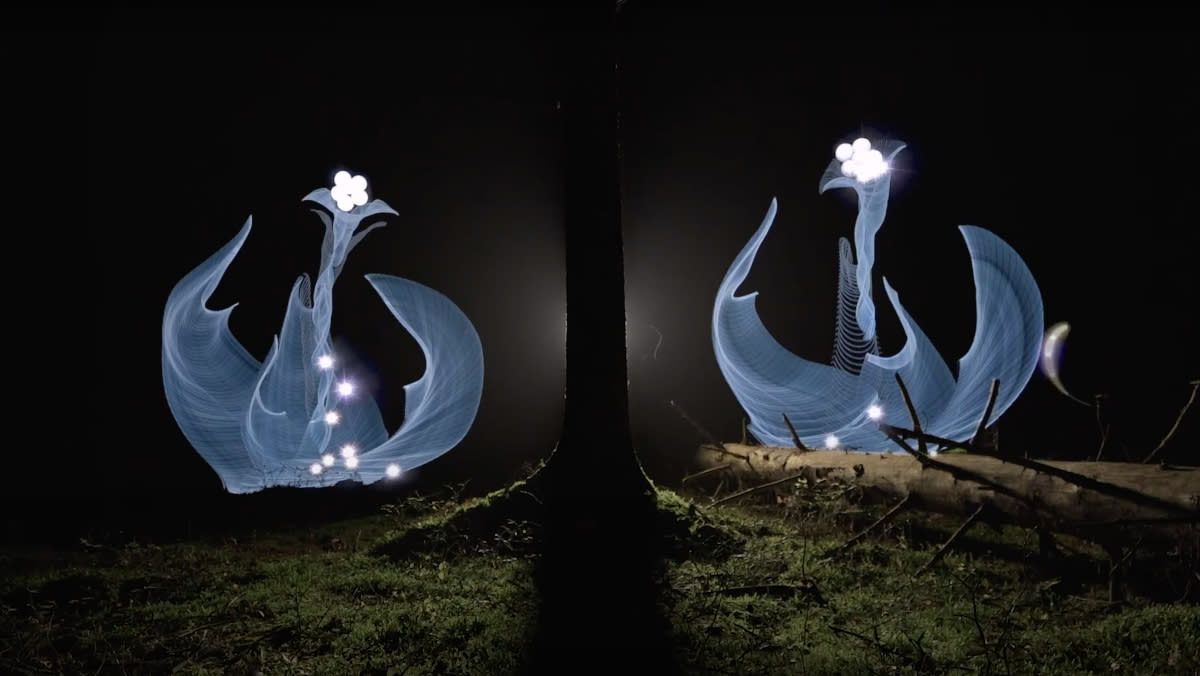 Even though it seems like NFTs have consumed the art world—in a massively expensive way—painting has taken on many other 21st century forms. Including plenty that involve artificial intelligence. In another incredible blend between old-world technique and new-world tech are cutting-edge “light paintings” from Finnish photographer Hannu Huhtamo. And they are equal parts haunting and ethereal.

PetaPixel picked up on Huhtamo’s masterpiece light paintings. The photographer created a particular type of state-of-the-art camera that allows photographers to view long-exposure photographs in real-time. For those unfamiliar, long-exposure photography is a technique that calls for exposing a photographic medium for an indefinite period of time, often hours or longer. As well as the simultaneous use of things like moving flashlights, sparklers, etc. against a dark background to “paint” strokes of light.

In the videos and images above and below, Huhtamo shows samplings of his work. For example, in the video above, Huhtamo shows how he can cloak silhouetted subjects in wings and crowns consisting of nothing more than light waves of varying wavelengths. The clip hits peak whoa right around a minute in, however. At that point, Huhtamo paints a pair of dreamy flowers in the forest. Ones that have shooting stars inside of them and orbs of white light for seeds.

Although all of Huhtamo’s work is amazing, his painting of “light swans” is his latest creation to go viral. In the video below, which the artist posted to Instagram, Huhtamo shows the incredible photonic creation. As well as a BTS look at how he made the image. Note that the camera shows what the long-exposure image looks like as Huhtamo works; in terms of the tech, that’s what’s new. Previously, photographers wouldn’t see what they “painted” until the image was already captured.

“I just had to do some light drawing in front of this amazing scene,” the photographer wrote on Instagram. “[Even with] mosquitos all over me and small baby perches were nibbling my toes as I stood in water with bare feet,” the photographer added. A footnote that’s not only enlightening but also a good reminder that “painting” can still mean things get messy.

The post These Ethereal ‘Light Paintings’ Are Hauntingly Beautiful appeared first on Nerdist.