The Best New Christmas Movies in 2022 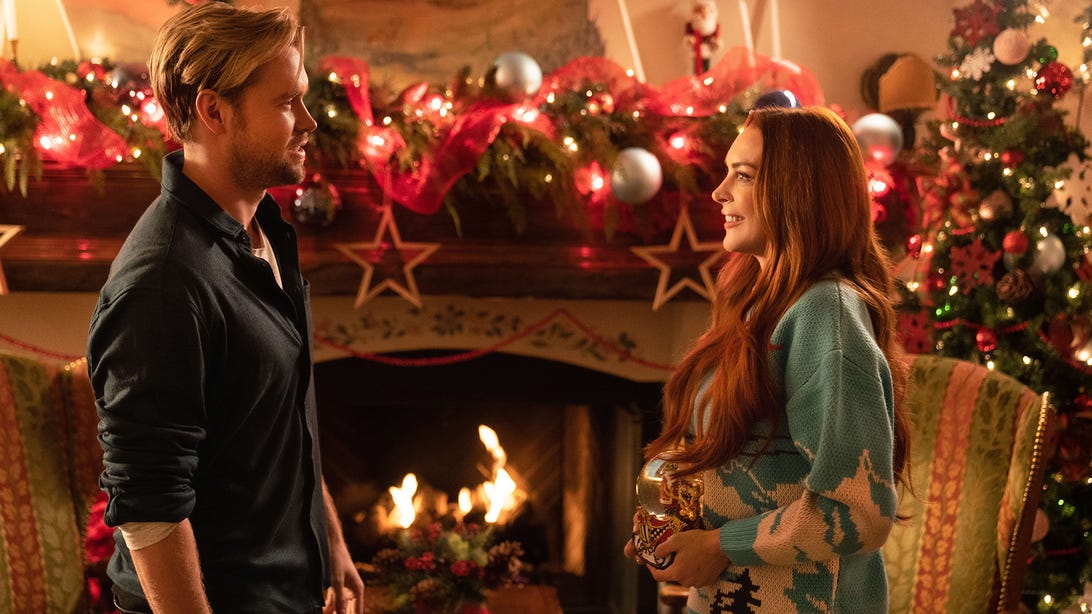 Sure, you could watch Christmas Vacation for the one bazillionth time in a row, or you could watch something new and start this holiday season with a surprise. And there are a lot of new options out there! Hallmark Channel has something like 40 new Christmas movies on its own, but there are new originals from streaming giants HBO Max, Netflix, Paramount+, and more, too. And don’t forget about the broadcast networks, which love to splurge on some yuletide-filled specials.

Our list of the best new Christmas movies to watch this year features continuations of classics you’re familiar with, the typical cheesy-yet-charming basic cable originals, and even a documentary about being Santa Claus, no matter who you are. And of course, if you’re looking for the familiar classics, it’s all good; we have a list of the best Christmas movies and where to stream them. And if you’d rather check out all the Christmas movies and specials coming out and where and when to watch them, check out our Ultimate Guide to Christmas Movies and Specials. It’s longer than Santa’s naughty and nice list.

Lindsay Lohan starring in a Christmas movie is really all the info you need about Netflix’s Falling for Christmas. If that’s not enough to entice you, then yes, she does play a spoiled heiress to her dad’s Aspen resort business, and yes, she does get amnesia, and yes, she does fall for a local lodge keeper (Chord Overstreet). It’s a primo example of not watching a holiday movie for the actual plot, but for the spectacle (or lack thereof) of it all. It is exactly what you’d expect it to be, and that’s a predictably good and corny time. [Review]

Continuations and remakes of Christmas classics, whether we asked for them or not, are big business. In this sequel set in the 1970s, Ralphie (Peter Billingsley) is now all grown up, catches up with old friends, and must give his own family the magical kind of Christmas his dad gave him. Reviews are mixed for this new take (our own Matt Jacobs didn’t care for it), but it knows how to mine the nostalgia you’re looking for. [Review]

Yep, it’s another take on A Christmas Carol. Only this time, it’s the Ghost of Christmas Present who is examining his life, thanks to a particularly unique Scrooge. Spirited definitely has the most famous cast (apologies, Lacey Chabert) of this year’s Christmas movies, with Will Ferrell playing the spectral rep of Christmas and Ryan Reynolds suiting up as the miserly human who’s supposed to be the one who’s changing. Did we mention it’s a musical?

Three Wise Men and a Baby is like Hallmark’s version of The Avengers, because it brings together three big Hallmark stars. Andrew Walker (My Family Christmas Tree), Tyler Hynes (Unexpected Christmas), and Paul Campbell (Christmas by Starlight) play three dudes who find themselves caring for a baby over the holidays, and yep, there will be diaper jokes. (It’s against the law to not have a stinky diaper joke in movies like these.)

Melissa Joan Hart goes behind the camera for this film, which stars The Walking Dead‘s Emily Kinney as an event planner who must put on an extravagant Christmas gala for a mall magnate. In searching for the perfect Santa, she attends a Santa bootcamp where she meets an instructor (the fab Rita Moreno) who — you’ll never guess — teaches her to love Christmas again. Does she also fall for the handsome mall magnate? You bet your butterscotch.

What in the heck? Yes, despite the infamy of The Star Wars Holiday Special (or perhaps because of it), Disney+ is trying out a holiday special set in the Guardians of the Galaxy universe. When Star-Lord (Chris Pratt) misses Christmas, Drax (Dave Bautista) and Mantis (Pom Klementieff) set out to find him an unforgettable Christmas present. Their plan may involve kidnapping Kevin Bacon.

This Lifetime movie is a family affair, with Kelsey Grammer playing a workaholic businessman whose personal and familial relationships have deteriorated and Spencer Grammer playing his daughter. When he gets into a car accident, Santa gives him the opportunity to relive Christmas Eve a dozen times in order to fix his life, reconnect with his family, and understand the spirit of Christmas.

Christmas and Lacey Chabert go together like cats and broken tree ornaments, and this year’s Chabert entry is this goofy rom-com about a woman who stays at her parents’ house while they’re away, only to find out that the community has certain standards for its holiday decorations, and she better comply OR ELSE. She’s gonna need a bigger Nutcracker!

Rankin/Bass has made the stop-motion animated film a staple of the holiday season thanks to hits like Rudolph the Red-Nosed Reindeer and Frosty the Snowman. Disney saw that as a challenge, I guess, and made its own stop-motion holiday film in Mickey Saves Christmas. It follows the tried-and-true formula of someone screwing up Christmas (way to go, Pluto), and a race against time to make sure everyone gets their presents.

Dolly Parton is in this. There, that’s all you need to know to watch it. But if you must know what it’s about, here you go: Dolly and friends are making a network TV holiday musical special (mo’ meta!), and between big music numbers and production chaos, she is guided through her past by three wise, presumably bearded mountain men.

Hotel for the Holidays (Dec. 2, Freevee)

Ahh yes, the ol’ hotel over Christmas story. This time it’s Riverdale‘s Madelaine Petsch as manager at a posh hotel during winterfest who gets trapped in a love triangle involving the charming hotel chef and a guest who just so happens to be royalty. Choose the prince, girl!  You don’t want a guy who smells like cheese all the time. This one’s a real gift, as it’s on Amazon’s free streaming service, Freevee.

Sick of the saccharine Christmas cheer and looking for something on Santa’s naughty list? Check out this Hulu original film that’s a sequel to the raunch-com The Binge. It’s a Wonderful Binge is another parody of The Purge, except it’s all drugs and alcohol that are legal for one day of the year, and this year that day just so happens to fall on Christmas. Light up them trees, boys.

Prime Video’s big Christmas movie of the year is this classic “whoops my engagement ring for my girlfriend got switched with another guy’s gift and now his girlfriend has the ring so I need to get it back from her but maybe I should just fall in love with her instead” plot. So relatable.

Getting another reimagining/sequel/continuation of a holiday classic is like getting a pair of socks for Christmas; it’s not what you were hoping for, but you’ll take it because it’s there. This musical reinterpretation of the 2000 film once again sees a bunch of kids living their lives to the fullest when school is canceled due to excess frozen precipitation.

Thanks to a couple rare modern-day holiday classic songs, Mariah Carey is the closest thing we have to the Queen of Christmas Present. She takes the stage at Madison Square Garden in this musical special that’s all about the music. Yes, she will sing “All I Want for Christmas Is You,” because CBS does not want a riot on its hands.

Midwives work around the clock, even on Christmas. The PBS series has been more reliable for Christmas cheer than Santa Claus himself — I’m STILL waiting for that pony, dude — with 10 Christmas specials in the books and an eleventh on the way this year. In this episode, the tragic train crash is in the past and the midwives are delighted when their first patient is a familiar face.