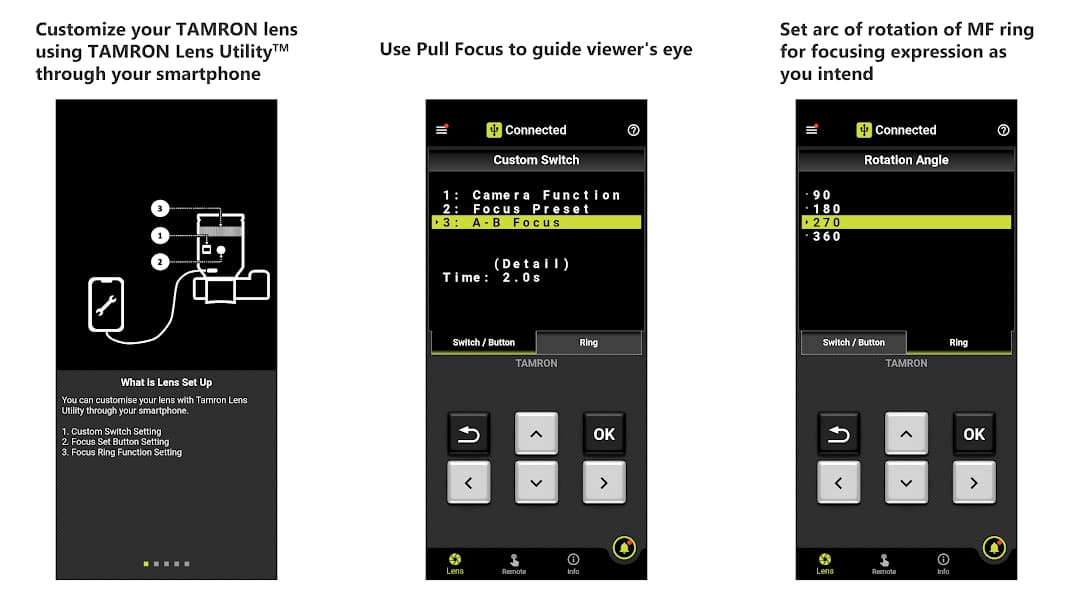 The new Tamron app can make adjustment to Tamron lens settings out in the field and follows on from the Tamron Lens Utility for computers that was released back in October 2021. It uses the Tamron USB-C Connection cable to hook an Android device up to a Tamron lens for configuration.

The Tamron Lens Utility app was first announced back in August 2022, but it is now officially available on the Google Play Store (opens in new tab). However, it is still under development.

One feature already available is an A-B Focus function that can shift focus smoothly from one point to another, so a little like a remote follow focus system but driven by the lens’s AF motors rather than gears and belts. Tamron says the functions can be expanded in the future.

The app also makes it possible to choose a set focus position and then move the focus to that point using the app’s Remote Set Button. These focus features sound especially useful for videographers using manual focus shifts.

Other app tools can control the way the lens operates, switching from AF to manual focus, for example, or changing the direction of the manual focus ring.

What the app cannot do is install Tamron lens firmware updates. This must still be done via the Tamron Utility computer software. There is also no iOS version at this time.

Not every lens is compatible, either. Here’s the list right now:

Tamron is keen to stress that the Tamron Lens Utility app is still under development and that features are subject to change without notice. You can download the app right now, though, from the Google Play store (opens in new tab).