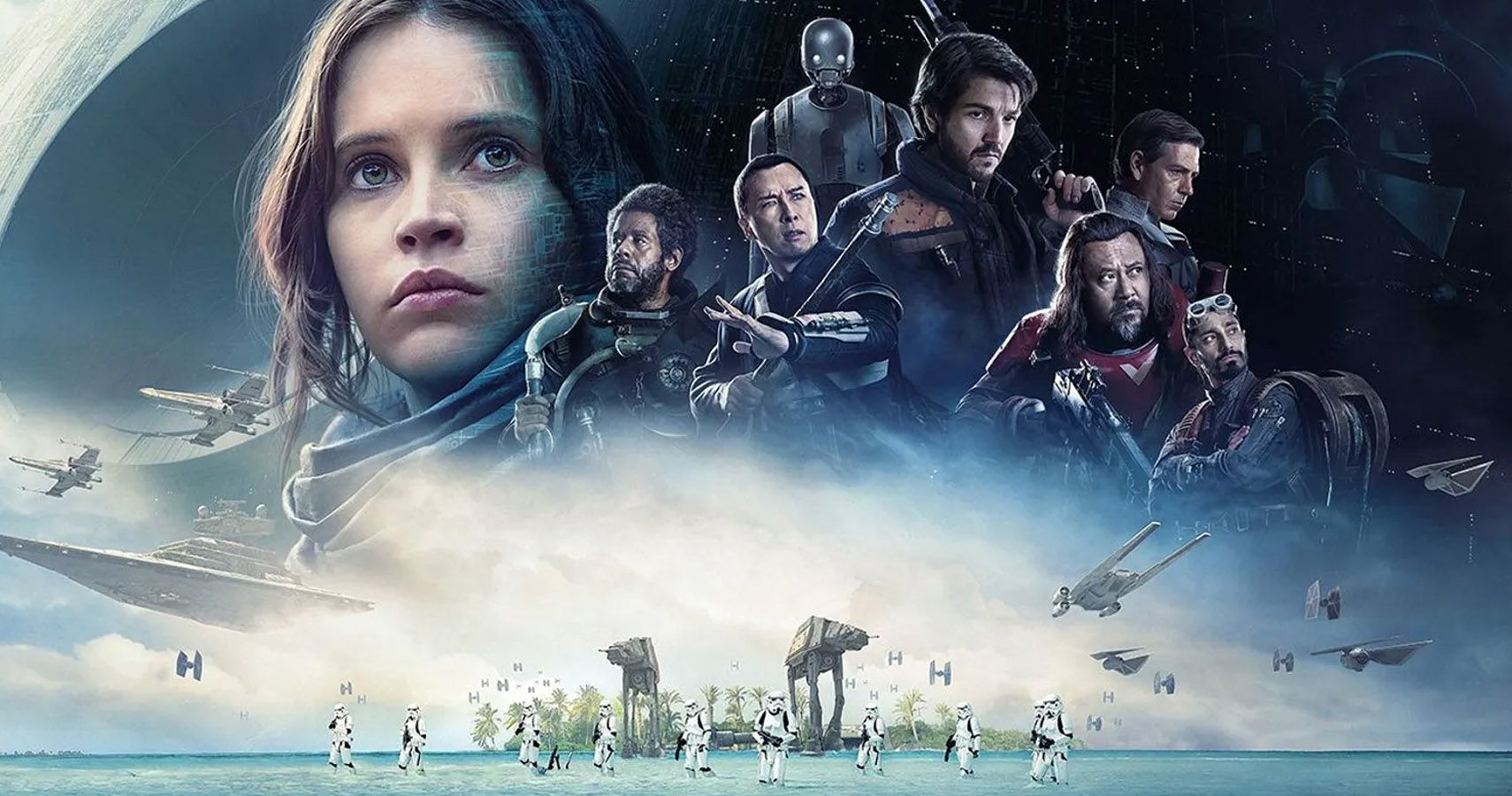 Rogue One is trending on Twitter as fans celebrate the Stars Wars movie. Released in 2016, Rogue One was Disney’s first Star Wars spinoff movie, followed by Solo in 2018, which was not nearly as successful and considered the first box office bomb in the franchise. Patty Jenkins’ Rogue Squadron, which will follow the titular group of X-wing Rebel pilots, will be the third spinoff film currently in development and set for a 2023 release date.

As a direct prequel to the original Star Wars film from 1977, subsequently titled Episode IV – A New Hope, Rogue One follows a ragtag group of freedom fighters, who band together to steal the plans for the Death Star, sacrificing their lives for the rebellion in the process. The film introduced several new beloved characters to the Star Wars milieu, even though many perished. However, Cassian Andor (Diego Luna) will be getting a spinoff series on Disney+. Rogue One also saw the return of Darth Vader along with Grand Moff Tarkin and Princess Leia, who were all recreated through CGI.

Related: Everything We Know About Andor, Disney+’S Rogue One Prequel

Despite its release five years ago with two films in the sequel trilogy, The Last Jedi and The Rise of Skywalker, coming after it, Rogue One is arguably the most celebrated Star Wars film in the Disney era. This is evidenced by the movie trending on Twitter today as fans are still gushing over the Star Wars spin-off. Ryan Church posted some early Rogue One concept art, while other fans admired the film’s cinematography and argued that it features the best Vader scene in any Star Wars movie. One fan even pointed out the striking similarities between this scene and Luke Skywalker’s surprise appearance in The Mandalorian. Check out the various posts below:

This isn’t the first time Rogue One randomly began trending, and no one exactly knew why, as the same thing happened earlier this year. Perhaps it is a testament to the special place the film holds in so many fans’ hearts, especially on the heels of the sequel trilogy and the Han Solo origin story, which many found disappointing.

Rogue One is a notable deviation from the rest of the Skywalker saga, as it doesn’t focus on Luke or Anakin in any significant way. It also opts not to include the obligatory opening crawl or the signature wipe transitions. The film’s tone and style are also closer to an epic war film than a traditional space opera while avoiding many pitfalls that prequels commonly fall into. No one seems to know why Rogue One is trending, but everyone is capitalizing on the opportunity to remind each other of its excellence.

Next: Every X-Wing Squadron In Star Wars Canon Explained

Adam Bentz is a Movie and TV news writer for Screen Rant. From a young age, Adam has been interested in a wide range of movies and television, but it was talented auteurs like Quentin Tarantino, Paul Thomas Anderson, and Aaron Sorkin who ultimately sparked his interest in the craft. Motivated by his love for the screen, Adam studied creative writing with a concentration in screenwriting at Southern New Hampshire University.

After graduating, Adam interned as a writer with The Borgen Project, a nonprofit organization working to end extreme poverty. Other than writing for Screen Rant, Adam reviews films on his website petrifiedfountains.com