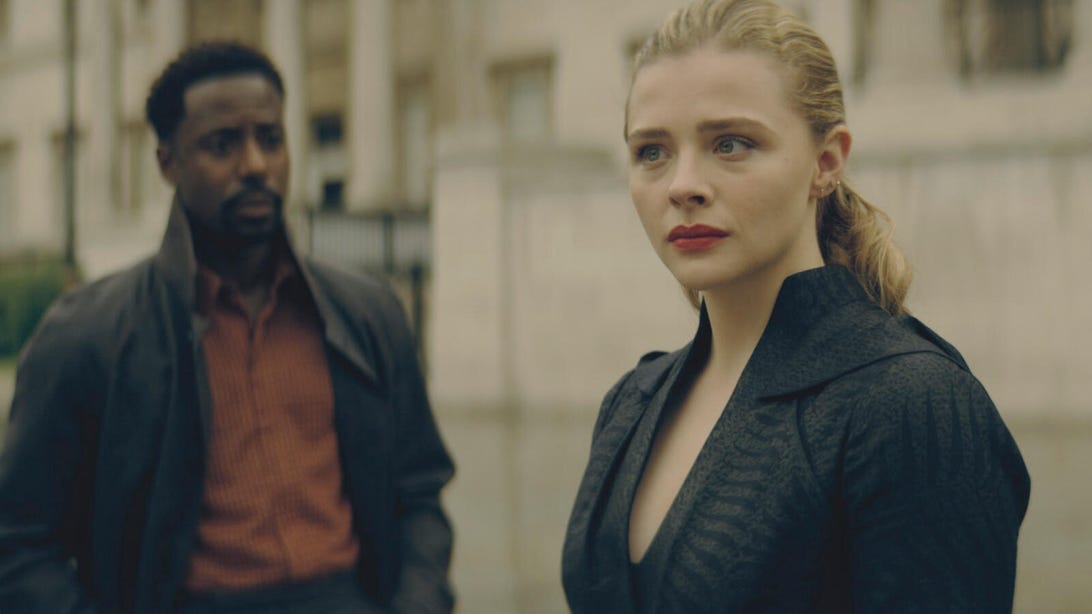 Sure you’ve heard of The Lord of the Rings: The Rings of Power, but have you heard of The Lordess of the VR Rig: The VR Rig of Awesomeness? Probably not, because it’s actually called The Peripheral, Amazon Prime Video’s new sci-fi series that premieres on Oct. 21. Chloë Grace Moretz stars as a woman playing around in virtual reality when she realizes the place she’s visiting online is actually a future London and she’s caught up in a conspiracy. It’s a very Westworld-y concept — right down to Moretz’s alternate Dolores Abernathy clothes (see above) — and counts Westworld‘s Jonathan Nolan and Lisa Joy among its executive producers. It’s the next big series to come out this month, but it’s not the only one!

Below you’ll find our picks for the best shows and movies to watch on Amazon Prime Video in October, as well as the full list of everything coming to Prime Video and Freevee, the free service that’s accessible through Prime Video but doesn’t require Prime membership.

The Best New Movies and Shows on Prime Video in October

Did you get word from the raven? Period pieces no longer have to be stuffy, boring slogs, and can now feature today’s pop hits and Gen Z lingo while still putting their main characters in elaborate gowns and powdered wigs. Lena Dunham takes her turn unstuffing the old times with this film about a young lady (Game of Thrones‘ Bella Ramsey) in 1290 England whose parents wish to marry her off in order to regain some medieval clout, so she schemes to sabotage their plans. She’s precocious, see? Billie Piper and Andrew Scott, both always delightful, also star. [Trailer]

Robert Eggers’ delightfully violent film set in Viking society was previously only streaming on Peacock, but whatever deals that were needed to bring it to Prime Video were dealt, and that’s good news for you because The Northman is totally radical. Modern-day Viking Alexander Skarsgård stars as a prince out to avenge the death of his father, and he does so with both incredible patience and brutality. Eggers is one of the best filmmakers working today, and The Northman is another fine addition to his collection. [Trailer]

Indie rockers and LGBTQ icons Tegan and Sara teamed up with actress/director Clea DuVall for this coming-of-age high school story about twin sisters growing up in Calgary, Alberta in the mid-1990s. It also happens to be really, really good. With roots in classic high school shows of yesteryear like My So-Called Life and an authentic look at an age and era, High School covers the ups and downs of fitting in, coming out, and getting high. And the soundtrack is rad. [Trailer]

Chloë Grace Moretz stars in this sci-fi series about a young American woman who makes a living leveling up the characters of rich people in VR games. She dons a virtual reality headset that transports her to another world, only this world is anything but virtual. Based on a William Gibson story, the effects-heavy The Peripheral sees Moretz’s character try to figure out why there’s a bridge between a world 70 years in the future in London and hers. [Trailer]

This Blumhouse production arrives just in time for your annual binge of scary films to get you in the mood for Halloween, but this one is more real-world scary. A team of women, including writer-director Shana Feste and star Ella Balinska, crafted this harrowing tale of a business dinner with a charming client that goes terribly wrong. Like he may be a literal monster wrong.

Everything Coming to Prime Video in October

Everything Coming to Freevee in October