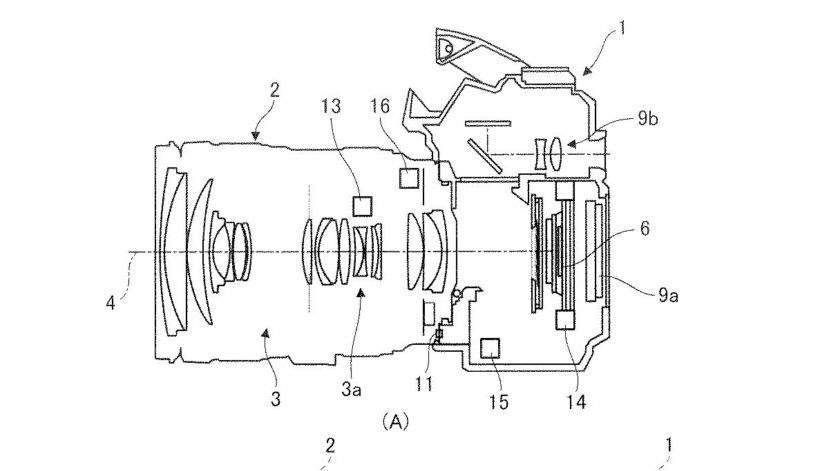 In a bid to improve in-body image stabilization (IBIS) for HDR, Canon has recently applied for a new patent to compensate for image movement between single photos.

When shooting with Automatic Exposure Bracketing (AEB) with IBIS engaged, the single images created are prone to featuring slight differences due to camera movement between shots. However, it seems that this new patent will compensate for this movement, enabling photographers to achieve a sharper final image when capturing the exposures needed for a HDR.

In order to create a HDR image, several exposures are taken over a given period making it necessary to perform image blur correction for longer. These images are then stitched together in post processing software to create the final image. Canon hasn’t yet made it clear how it will execute the patent, so users may be left wondering how exactly it can improve something that’s limited by the moveable range or the correction lens and sensor.

The only detail currently available can be found in the patent (as reported by Canon Watch), “the present invention relates to a technique for performing a plurality of times of photographing for acquiring images used for image synthesis while suppressing image blurring of an image.”

It seems that Canon hopes that this new patent will optimize AEB and IBIS so that the amount of shift from image to image is reduced.

There is also no mention of whether this new feature will be installed into existing cameras via a firmware update or built into new models during manufacturing. It’s also uncertain whether this upgrade will affect entry level systems such as the Canon EOS M50 or top spec cameras like the Canon EOS R5.

It’s worth remembering that there’s no guarantee that we’ll see this patent appear – Canon is notorious for applying for countless patents without the products ever coming to market. Plus, until we see more information on this new feature, it’s hard to know how much of an impact it could have on HDR photography. Could it revolutionize the practice, or will Canon users even notice a difference? We will have to wait and see…