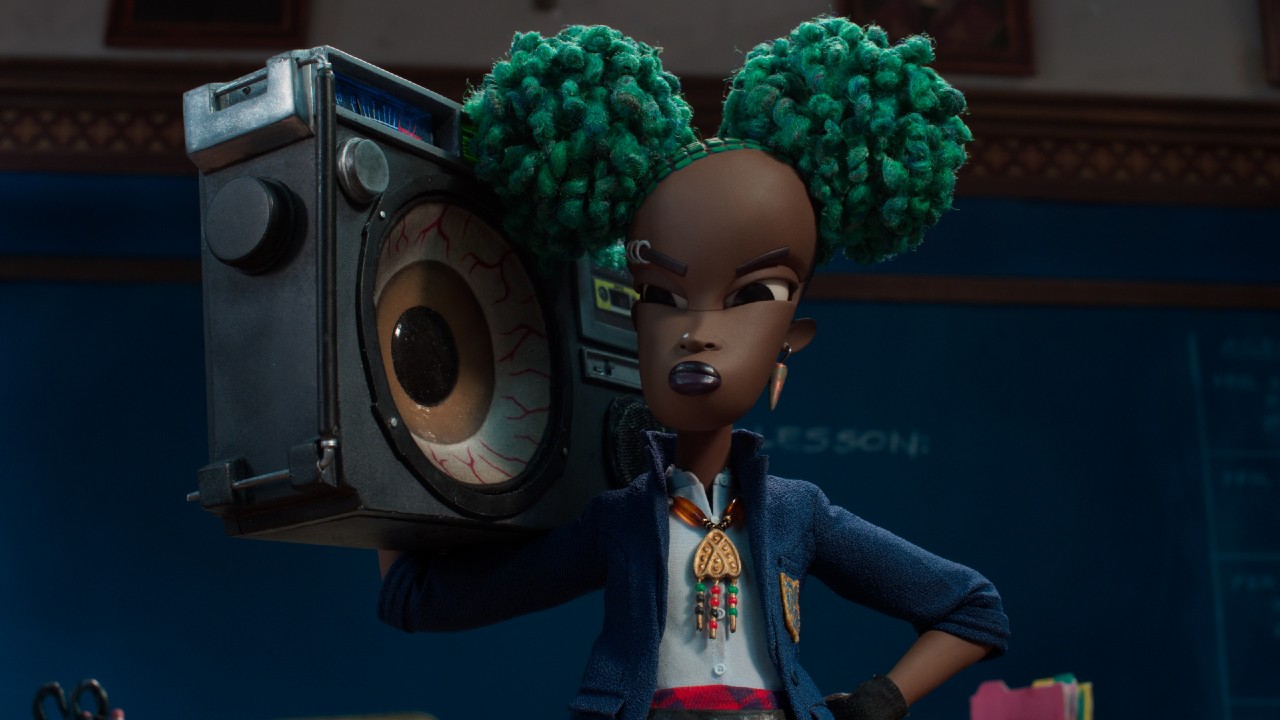 It’s Halloween weekend, good people, and there’s a good chance that you were out celebrating last night. However, a number of others may have been tuned to the Netflix Top 10 lists and were searching for things to watch. As I mentioned on Saturday, there were a few spooky offerings within the ranks, though the top movie and TV spots belonged to The Good Nurse and Love is Blind, respectively. One of those titles, however, has been dethroned since yesterday, and you might be surprised to find out which one it is. With that, let’s break down what’s trending on the streamer today.

The Good Nurse, which sees Eddie Redmayne play a serial killer, is once again No. 1 when it comes to movies on Netflix. The film has received relatively strong reviews and that, combined with the star power of Redmayne and Jessica Chastain, could keep it on top for a while. This isn’t the only consistent placement within today’s rankings, either. All Quiet on the Western Front, The School for Good and Evil, Blade of the 47 Ronin and The Chalk Line all held on to their spots from yesterday. However, Wendell & Wild saw a nice boost, and another monster-centric animated movie joined the list via the tenth spot. Take a look at the full list:

Those who’ve followed the trending lists before will know that it’s not uncommon for so many titles to stay put after 24 hours. Clearly, they’ve managed to strike a chord with audiences. I have to admit, I’ve been singing Wendell & Wild’s praises for a little while, so it’s nice to see that it moved up three places. I also remain amazed by just how long the star-studded Sing 2 has managed to stay in the fold. That movie is still worth monitoring as is Blade of the 47 Ronin, which is a standalone sequel to Keanu Reeves’ 2013 film.

There’s a new first-place holder on the TV list, and it’s From Scratch, the Zoe Saldaña-led limited series produced by Reese Witherspoon. The drama moved there from the fourth spot, and it now seems to have proven itself as just the comfort food viewers need right now. The show is followed by a creepier offering, Guillermo del Toro’s Cabinet of Curiosities, which was in second place this time on Saturday as well. The Watcher is also still in third but, as for the thought-provoking Love is Blind, it’s dropped to No. 4 from No. 1. Aside from a few other shifts, the list of shows on Netflix also welcomed two titles through the ninth and tenth slots. See how everything shook out:

Despite the fact that Zoe Saldaña’s show surpassed it, I still think Cabinet of Curiosities will get first place at some point. I honestly think that Love is Blind is going to move back up a slot or two as well. When it comes to dark horses of the group, I’d pay close attention to Big Mouth and the newly added The Bastard Son & The Devil Himself.

This coming week, which will usher us all into November, will see some significant titles hit the streaming platform, specifically on the TV side. Randall Park’s new workplace comedy, Blockbuster, and the first part of Manifest Season 4 are set to arrive. Of course, those eager to check those out and indulge in more content can do so by picking up a Netflix subscription.