Life in the fast lane: Better auto photography (part one) 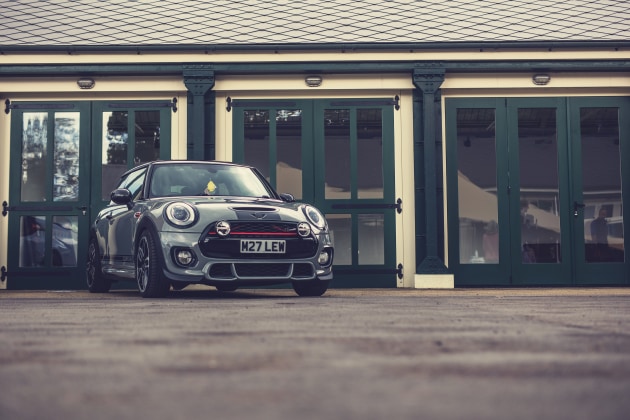 But when it’s done right, automotive photography can be stunning. Epic action, poetry in motion, exquisite design, all captured in a perfect frame by you. So, turn the key, rev the pedal and let’s get started…

This tip is all about what to do before you’ve even taken the lens cap off the camera. Shooting a beautiful car in isolation is pointless, because it will fail to tell any sort of a story. This is where narrative and planning can prove to be absolutely crucial. Ask yourself, what’s the message you want to tell in the frame?

This in turn will determine if the shot will be static, or an action image such as a panning shot or a cornering frame. If it’s a static shot, what background will help explain the narrative of the photo – for example, with classic cars, I’d look for an older backdrop such as a wooden fence with peeling paint or rusty metal gates.

With newer cars, more contemporary architecture will help tell the story that this is a fresh design. Of course, this may well mean that the photoshoot starts without the camera altogether, instead with you driving around on a recce and to scout out possible locations.

Remember, think of how busy that location will be when you arrive with the car to take photos. Will the backdrop be too cluttered, and will you even be able to get proper access?

What’s more, another question is whether the car is the only star in the frame; for example, are multiple cars to appear in the image – one clever trick to show the evolution of a car’s design is to show it alongside a previous model. Lastly, including the owner/driver of the car can also help tell a story or fulfil a brief and present a more well-rounded photo.

However, things have drastically moved on in recent years. A lot more cameras – including the Canon R3 and OM System OM-1 – have dedicated focus modes designed especially to capture cars in motion and this stacks the odds of sharp imagery much more in the favour of the photographer.

Focus modes and performance varies between camera models, so it’s worth taking the time to properly learn what your camera is capable of and how to get the best out of it. Of course, let’s not forget Manual Focus – many photographers shooting statics prefer to work exclusively in Manual Focus and the camera’s Live View feature enables them to zoom in and check everything is super sharp.

Work on your angles

One of the best bits of advice I was giving when learning the trade was to never shoot a car from head-height. Why? Well, because this is the angle of view we all see everyday when walking around. Going high and low will bring new perspectives to your frames and make them more engaging for viewers.

An especially low angle makes a car look tougher, which is well-suited for muscle cars, while higher angles are great for new cars with panoramic roofs. There’s a lot to think about when it comes to composition as the angle of the camera affects how much energy is portrait.

For example, there’s a technique called the ‘Dutch Tilt’ and as the name suggests, the camera is titled to angle a car that’s on a flat surface. One of my favourite techniques is to introduce elements to the foreground – this could be walls or fences as foreground interest adds depth to the frame and this results in an overall more professional feel to the photo.

There’s a reason pro car photographers gravitate towards speed-centric cameras such as the Canon R3 or 1DX, Sony a9 or Nikon Z 9. This is because they are capable of capturing a huge number of images every second. These cameras are expensive, but there are more affordable options such as the OM System OM-1 (with a 120 max burst rate) or even older DSLRs like the Canon 7D Mark II.

The advantage of a fast burst rate is that it gives you more chances of bagging the perfect frame – nailing that split second moment when the car is in the exact spot you want it or when wheels spin up gravel in a dynamic fashion. Along with fast burst rates, speed can be conveyed by slowing shutter speeds too.

Mastering the panning technique, where the camera is literally panned from one side to the other while employing a slower shutter speed of around 1/80sec will keep the car sharp while blurring the background and this technique can make a car travelling at 30kmh look like it’s travelling at 130kmh.

Additional options for capturing cars at speed include tracking shots where a camera is rigged to a ‘tracking car’ or a photographer shoot from the back of a tracking car to enable the photographer to frame a car cornering or making its way around a circuit.

The truth is that you don’t have to spend a huge amount of cash to fill up your camera bag with useful accessories that will make a real difference out in the field.

In my kit bag you’ll find a humble Circular Polariser filter which, while better known for saturating blue skies when capturing landscape imagery, do a fantastic job of removing the sheen from a windscreen so you can reveal the interior inside the car.

Nestled beside the filter is a simple pop-up reflector, which is used to bounce light back onto the car to lift shadows when capturing details. If you are new to car photography, a basic 50mm f/1.8 will be great for static and close up imagery, but if you have a little more budget, a telezoom such as a 70-200mm lens will expand your creative options, particularly when it comes to action shots.

Look out for part two next week.