Kanye West trying to convince people he and Kim Kardashian are reconciling for ‘Donda’ publicity: report 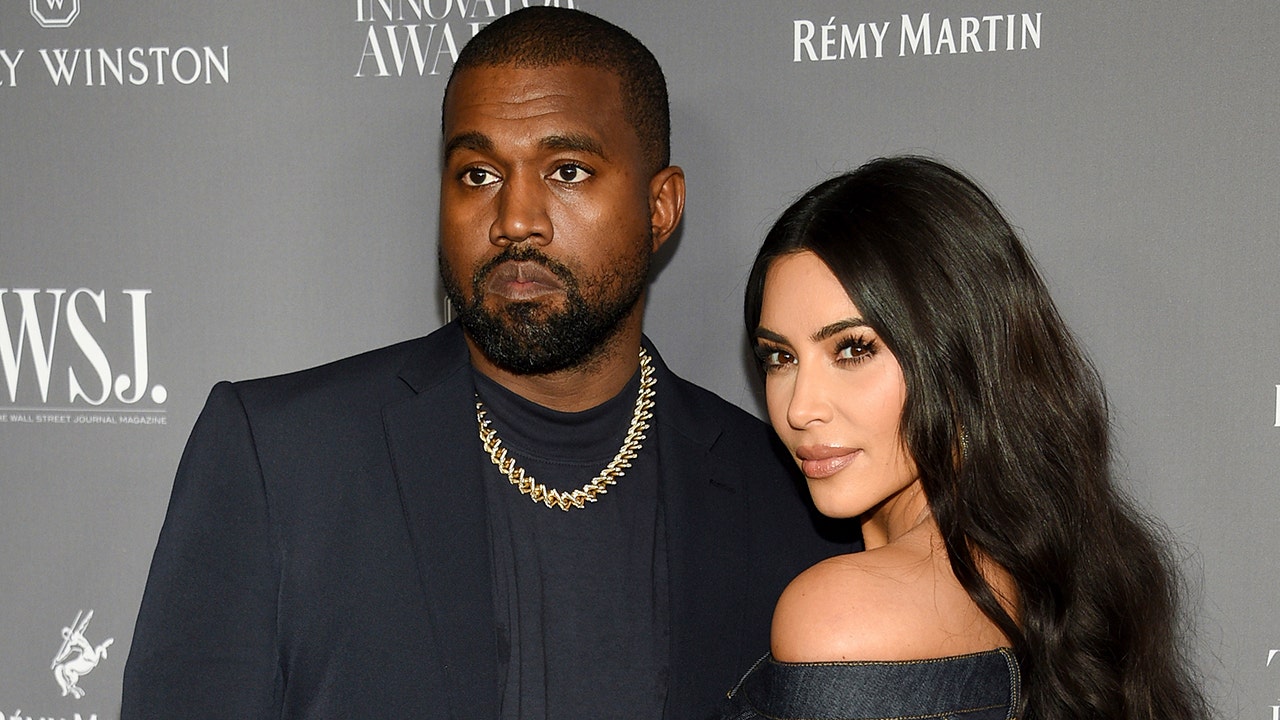 Kanye West is reportedly trying to convince people that he and Kim Kardashian are getting back together.

The couple, who announced they were divorcing in February, turned heads over the weekend at West’s third listening event for his album “Donda.” Kardashian attended the event in a Balenciaga Haute Couture wedding dress and appeared onstage with West to “remarry” him in a piece of performance art. The couple faced each other while West’s new song “No Child Left Behind” played. The rapper donned all black. The two reportedly left the event together while holding hands.

According to Page Six, the performance art doesn’t stop there. West is reportedly trying to convince people that he and Kim are not in fact moving forward with their divorce. However, an insider notes that Kanye is hoping reconciliation rumors will draw attention to the release of “Donda” and help him best his music rival, Drake.

The duo has reportedly been trading barbs back-and-forth for a while now ahead of the release of Drake’s “Certified Lover Boy.” Kanye hopes to drum up media attention so that his album will outperform Darke.

Kanye West is reportedly trying to convince people that Kim Kardashian is reconciling with him in order to drum up support for his latest album.
(Photo by Charles Sykes/Invision/AP, File)

“The real story is that Kanye wants to beat Drake in record sales, and he is putting on a big show of performance art to grab all the media attention,” a music industry source told Page Six.

Reports that West has been saying they’re back together, the insider notes, come at a time when Kardashian has become more cordial with him after spending months completely estranged.

“They weren’t talking for months after she filed for divorce, but they began talking again earlier this summer for the sake of their kids,”  the insider told the outlet. “Kim is a nice person – while she and Kanye are not back together – she’s happy to support him in his work and his art, she wants a good relationship with him for the sake of their children.”

The music insider’s comments echo those made by a source close to Kim, who last week noted to People that she and Kanye are on friendly, speaking terms but that she has not changed her mind about the divorce.

“Kim still appreciates Kanye’s business advice and guidance. She is happy that they can hang out. For a long time, Kanye was very upset and disappointed that Kim filed for divorce. She understood why and gave him space,” the source added.

Reports of reasoning for the divorce have varied, with sources previously claiming that their politics, lifestyle, Calabasas home and even the rapper’s surprisingly brief attendance at her lavish birthday party last year have all been points of contention.