Inside the Growing Tokyo Art Market 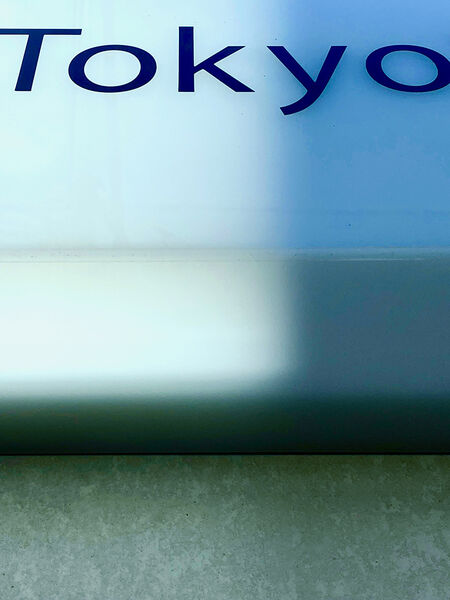 Since the pandemic, Japan seems to be making an ambitious and concerted effort to reclaim its previously held status as a key player in the global art market.

Speaking with Artsy, Art Week Tokyo co-founder and gallerist Atsuko Ninagawa said, “Japan has one of the world’s largest populations and the third-largest GDP, which makes it culturally self-sustaining to some extent, but it cannot be a true global culture, capable of introducing new perspectives and values to the world, if it is not engaging with what is happening with its neighbors and beyond.”

She added, “One goal of Art Week Tokyo is to sustain and grow Japan’s connection to international discourse, which has suffered due to the pandemic.” Art Week Tokyo 2022 is currently underway, running November 3rd through 6th.

Ninagawa, the owner and director of Take Ninagawa Gallery, is not alone in these aims. In the beginning of 2021, Taro Kono, a Japanese minister for regulatory reform, worked together with other local ministries to deregulate the country’s import procedures, duties, and taxes on art businesses in customs areas. Previously, those tax laws, which heavily impacted high-value artworks, were considered a contributing factor to international galleries’ reluctance to come to Japan.

The sculpting of tax regulations might seem long overdue, but it is rather timely, given the recent changes in Japan’s gallery scene.

Satoru Arai, director at Gallery COMMON—a mainstay in Harajuku contemporary art and street culture—noted that many new galleries have been popping up in Tokyo. “A new Japanese art map centered around the three areas of Roppongi, Terrada Warehouse (Tennoz Isle), and Harajuku has started to emerge,” Arai said

Marie Imai Kobayashi, director at the Tokyo outpost of Los Angeles–based gallery Blum & Poe, agreed: “We’ve seen several new galleries popping up in Tokyo over the last three years,” she said. “This obviously expands the local market and public engagement, which each gallery can enjoy.”

Additionally, Korea’s recent success as an Asian art capital has rivaled the Japanese art scene. Japan was a dominant force in the art world in the 1980s, with local collectors breaking international auction records, before the economic bubble burst and its dire effects became obvious, sending the country into decades of slowdown.

“The support provided both from the Korean government and private entities has served them well,” Kobayashi observed. “The Japanese art world can learn from this success; however, Japan will grow via our own unique ecosystem.”

Bringing together 50 venues across the city, the inaugural edition included the renowned Mori Art Museum, as well as international and local galleries such as Blum & Poe, SCAI The Bathhouse, and Taka Ishii Gallery.

Not to be outdone, in June 2022, organizers behind Taipei Dangdai and Art SG—both considered major fairs in the region—announced the launch of Tokyo Gendai. This new Japanese fair will be held in 2023, from July 7th to 9th, at the Pacifico Yokohama Convention Centre.

This past October, aTokyo which manages Art Fair Tokyo, launched M5 Gallery, a new space aiming to attract the world’s leading galleries without a physical space in the city. M5 Gallery is a response to those galleries interested in holding short-term exhibitions and engaging with local collectors.

Installation view of “STRATA,” at WAITINGROOM, 2022. ©︎ Naho Kawabe and Hanae Utamura. Photo by Shintaro Yamanaka. Courtesy of the artists and WAITINGROOM.

Now, following the easing of COVID-19 travel restrictions for visitors to Japan last month, the latest iteration of Art Week Tokyo is welcoming 350 VIP visitors from around the world, through a 48-hour bus tour to over 20 art galleries, and visits to museums and private collections.

This slew of new art market–related initiatives in Japan is warranted, given the notable uptick in the country’s collector base, in parallel with the increasing number of collectors across Asia. “There has been a dramatic increase in Japan-based collectors,” said Kobayashi. “Many people here have recently begun collecting. This was less common when Blum & Poe opened in Tokyo in 2014.”

A representative from blue-chip gallery Perrotin agreed: “We have also seen that domestically, the market is broadening with younger generations showing more interest, knowledge, and involvement in art (both Japanese and international). In the past several years particularly, we have seen a rise in Japanese first-time buyers.”

In addition to the emergence of young collectors who prefer buying paintings that look good as digital images, Japan’s collectors have also become more independently minded over the past two decades or so, especially in terms of developing and following their own tastes.

One such collector is Art Week Tokyo co-founder Kazunari Shirai, CEO of asset management company Sequedge Group, owner of publisher Jitsugyo no Nihon Sha, and founder of social welfare corporation Zenkoukai, who is based between Hong Kong and Tokyo.

Shirai’s art collection comprises more than 300 artworks, spanning minimalism, conceptual art, monochromes, and new media art, with a special focus on works that incorporate language and text. At his emergence aoyama complex, a property in Minami-Aoyama, one can see a selection of the collection, alongside site-specific installations by French artist Patrick Blanc and Scottish mixed-media artist Jim Lambie. This space is also the base for Art Week Tokyo’s VIP lounge, information center, and bar.

Equally worth noting is the unique East Asian art movement centered around Japanese artists that has risen in the past few years, according to dealers on the ground.

“On the other hand, the secondary market has seen artwork prices soaring, and it has become especially necessary for galleries to respond to this calmly,” he added.

The artists who are contributing to this new movement and growing demand include Shohei Takasaki, who is known for his visually arresting, wild paintings; Yukari Nishi’s nostalgic surrealistic paintings; Waku’s innovative, moody light installations; and Ichi Tashiro, with his eclectic works inspired by past movements involving found objects and process art.

Street culture is a well-known influence in Japanese contemporary art, and this phenomenon is not likely to abate soon, given its global appeal. Tokyo-based artist Haroshi, who creates sculptures and installations through a specific self-taught method of relying on old skateboard decks, recently had a solo show, titled “Dive In To The Pit,” this fall at Jeffrey Deitch in New York.

Haroshi previously had a solo show at Nanzuka Underground last year. Gallery founder Shinji Nanzuka tapped Haroshi as a key artist from Japan worth paying attention to, especially given his artistic roots in the country’s street culture, encompassing fashion, toys, music, and art, since the 1980s.

Ultimately, Japan’s status as a globally respected arbiter of taste, and Tokyo’s future as a rising art capital, relies on its consistently diverse and innovative artistic output.

“One of the thrills of organizing Art Week Tokyo is getting to reconfirm how deep and rich the art scene here is from top to bottom,” said Ninagawa, “with everything from blue-chip international artists to new media art and socially engaged practices as well as underground artists and artists emerging out of craft traditions.”