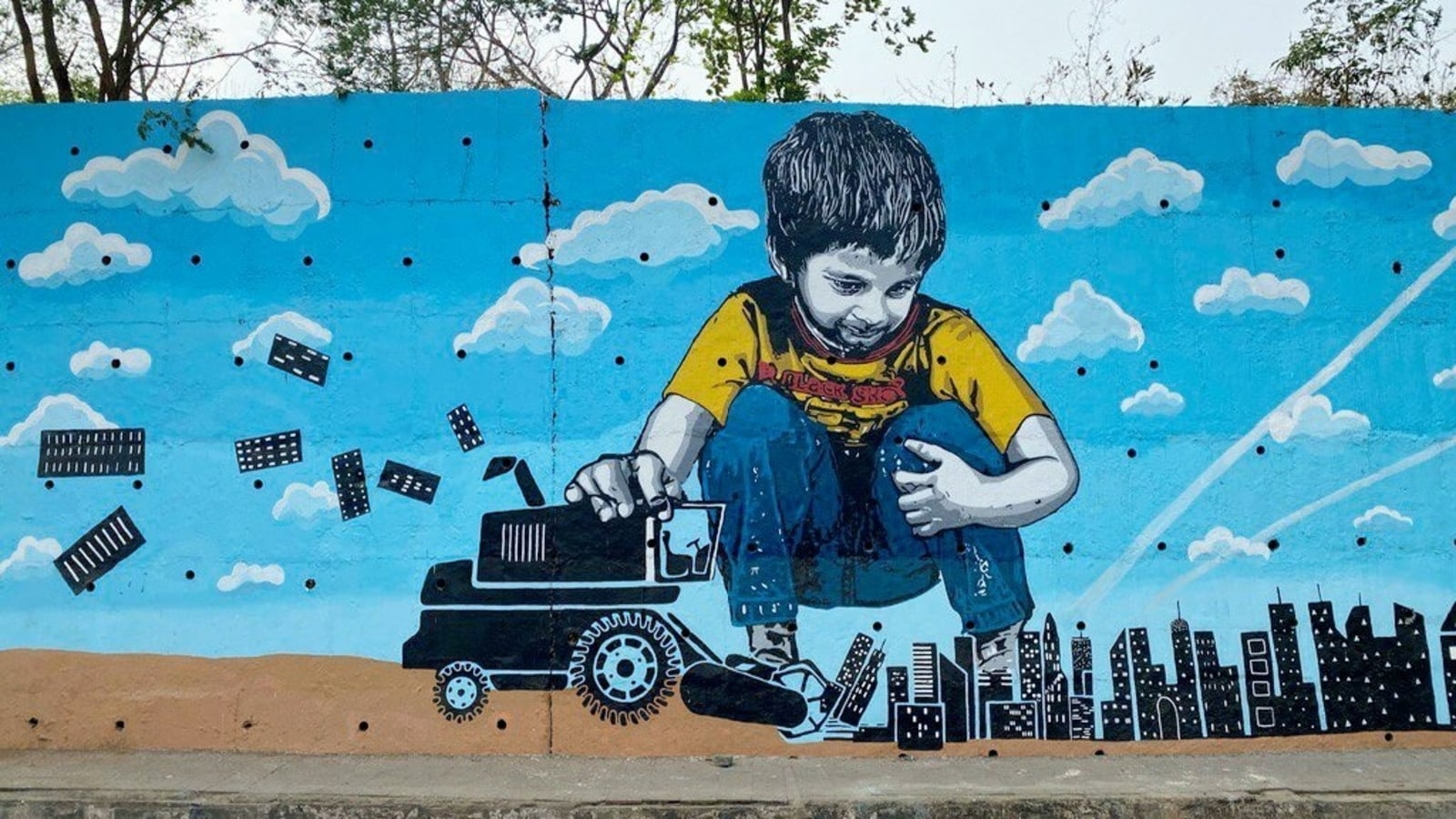 Two artists from Hyderabad has been using street art to express their thoughts on several issues for the last 12 years.

Swathi and Vijay have painted around 50 walls in Telangana and Andhra Pradesh. Some of their latest works include the work at the wall painting of a regional library in Warangal.

Speaking to ANI, Swathi said, “For the last 12 years, we have been using wall art as a medium of expression and have painted around 50 wall arts predominantly in both the Telugu speaking states of Telangana and Andhra Pradesh. Apart from these two states, we have even worked in Odisha, Tamil Nadu, Rajasthan and few other states.”

She believes that street art is not to give a message to the public rather is to generate a thought over the issue among people. “Using street art as a medium we are just trying to convey our thoughts to the society, ” she said.

Swathi said their artworks have mostly been on education, health, humanity, technology and several other issues.

Describing their journey, another artist Vijay said their artworks started during the Telangana agitation by painting about the movement at Jubilee Hills check post.

“Initially, we wanted to present our works at an art gallery but realised that taking an artwork into a gallery means that it needs beautification, which I am not very comfortable with,” he said.

He further stressed that street art in India is gaining pace and has a very strong future.