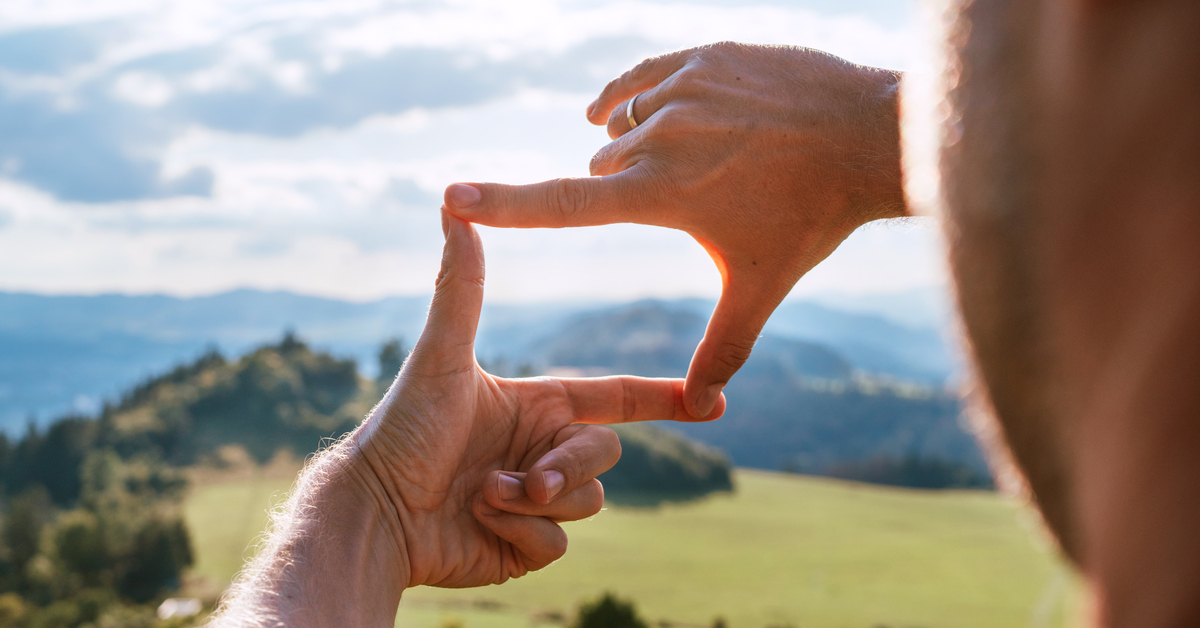 More than a billion photographs are taken every day. But how many of those images leave a lasting impression? How many make you want to go to the place where it was taken? If they do, then they almost certainly use the principles of good composition. Powerful photos are rarely snapshots.

A snapshot is a moment captured without thought or planning. But making a photograph — not taking a snapshot — involves thinking about the arrangement of elements in the image frame, where to put the subject, and what to include or exclude. That’s composition.

There’s no shortage of books about photography composition, and nearly every one will tell you the same things: Rule of Thirds, use diagonals, etc. There are no secrets to good composition, just tried-and-true tips about what appeals to the human eye. Once you know a few composition tricks, you’ll soon spot those techniques being used everywhere, from magazines to postcards.

Consider this your cheat sheet, so you don’t have to read all those books. Don’t be afraid to use more than one principle in a shot. Try a few. Experiment. Using these tips will help your photographs pack a visual punch.

When it comes to powerful photos, clutter kills. Your eye wants to land on something in the frame, then roam the rest of the image. Instead of trying to capture all the action in a busy market or the chaos of people, cars, and buildings in the street, pick something specific to be the subject. You should be able to say, “This is a picture of ________.” If you’re not sure where to look first, the image is too cluttered.

Unless you’re aiming for symmetry — which can be amazing in suitable situations — you’ll have better composition if you divide the image into thirds both horizontally and vertically. The Rule of Thirds states that the best place for your subject is where the horizontal and vertical lines cross. Cameras often have a setting that superimposes these lines in your viewfinder or on your phone’s screen.

3. Raise Or Lower The Horizon — And Get It Straight

Pro Tip: If the sky is cloudy white or dull, try to frame the shot to eliminate the sky.

4. Show The Subject In Its Environment

This technique tells a story by placing a subject in its environment without losing the subject in the whole scene. Start by focusing on the subject, placing it off to the side and in the foreground. Use a somewhat shallow depth of field so that the background is identifiable but slightly blurred so that it doesn’t compete with the subject for attention.

5. Use Negative Space For Impact

Negative space is an area with a lack of subject matter: wide blue skies, open water, the broad side of a building, etc. Because the negative space is empty of visual interest, the subject gains importance in the frame. Depending on how it is used, this technique can also convey a sense of drama or vastness. This technique works well in cityscapes, landscapes, and silhouettes.

This technique has two approaches. The first eliminates negative space and lets the subject fill the frame from edge to edge. This technique can also be used to show details or textures otherwise missed. You’ll probably need a zoom lens or cropping to do this.

The second approach also focuses on a clear subject, but with a broader field of view. Everything in the frame, however, is included deliberately. Anything that distracts from the image’s message or subject is placed outside the frame either while shooting or by cropping later. Negative space is usually eliminated. With either approach, there is no room for distractions.

Pro Tip: If you’re not happy with the photos you’re getting, zoom in or move closer.

The human eye is drawn to diagonal lines, curves, and S curves, and including these in your images instantly makes the photo more interesting. Use these lines to lead the viewer’s eye into and through the image. This often requires repositioning yourself, so you’re looking at a diagonal rather than a horizontal fence, path, river, building, shelf, etc.

8. Use Framing To Emphasize The Subject

The frame on artwork hanging on the wall separates the art from the distractions around it. A natural frame, such as foliage, an open window, or another aspect of the environment does the same thing. Once you start looking for them, you’ll find them everywhere.

9. Let Color Be The Subject

Color as a subject can help capture the mood or feel of a place — or just be a fun detail shot among your travel photos. Look for strong contrasting colors, such as warm colors (red, yellow, orange) against cool colors (blue, green). Contrasting color can also give your eye a place to focus in the photograph.

10. Capture Patterns — And Break Them

Patterns are visually fascinating. The only way to make patterns more interesting is to break them. If you can find a pattern, and something that breaks it, definitely take the shot!

Most photos include a middle ground and background automatically, giving your images a two-dimensional feel. For a greater sense of depth, try to add a foreground element. This could be anything: rocks along the shoreline, flowers in a landscape, or whatever else is available and adds to the scene. Just make sure the foreground doesn’t become a distraction.

If your subject has eyes — people, pets, wildlife, etc. — they must be in focus for the photo to connect with the viewer. If you can shoot so there is a catchlight or reflection in the eyes, then that’s even better. A catchlight makes the subject look alive. Take the photo when your subject raises its head; there’s rarely a catchlight when an animal or person looks downward. You may have to move your position to see a catchlight.

13. Know When To Go Vertical

Generally, use vertical framing for tall things and horizontal framing for wide things. Better yet, shoot it both ways and decide later. Try to avoid cutting off the tops of objects.

14. Get On Eye Level With Your Subjects

It’s all about the eyes. Photographing your subject at its eye level, not yours, presents a more intimate and unusual perspective that helps the viewer connect with your subject. Of course, shooting across at your subject also works with subjects that don’t have eyes, such as flowers, food, and objects.

15. Give Moving Subjects Room To Move

To the viewer, the edge of the photo is like a hard wall, and it feels uncomfortable to have a moving animal or object about to crash into it. Shoot so that your subject is off-center and moving into the frame, with some space in front of it. The shutter speed you’ll need to freeze motion varies with how fast the subject is moving. Set your camera for 1/500 to 1/800 of a second for moving people and 1/1000 or faster for cars, flowing water, and running wildlife.

Pro-Tip: Use your camera’s tracking ability for the best chance at a sharp shot.

For more on photography and the best destinations to practice your craft, visit: