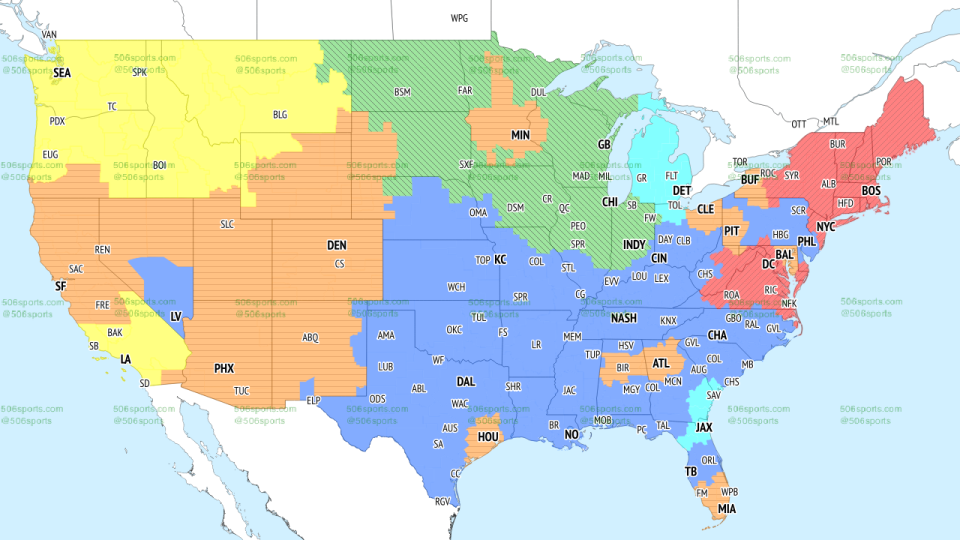 The majority of the country had to suffer through the pain of watching the Rams get blown out by the Chiefs in Week 12, but the audience for Los Angeles’ game against the Seahawks on Sunday will be much smaller. That’s because only two portions of the country will get the game on TV.

It’s not the No. 1 game on FOX like the Rams were last week against the Chiefs, so it won’t be Kevin Burkhardt and Greg Olsen on the call, instead getting Kevin Kugler and Mark Sanchez in the booth.

Southern California and a good portion of the Pacific Northwest will get the game on TV, so there will still be plenty of people watching on FOX, but it’s not a nationally televised contest like Rams-Chiefs.

Check the map below to see if you’ll get it on TV. If you’re in the yellow area, you’ll have Rams-Seahawks.

Although this game won’t be broadcast across the country, the Rams will play three straight nationally televised games the following three weeks, which is unfortunate news for those hoping to see some exciting games on Thursday Night Football, Monday Night Football and Christmas day.

Like it or not, the Rams are going to be in the spotlight a bunch.