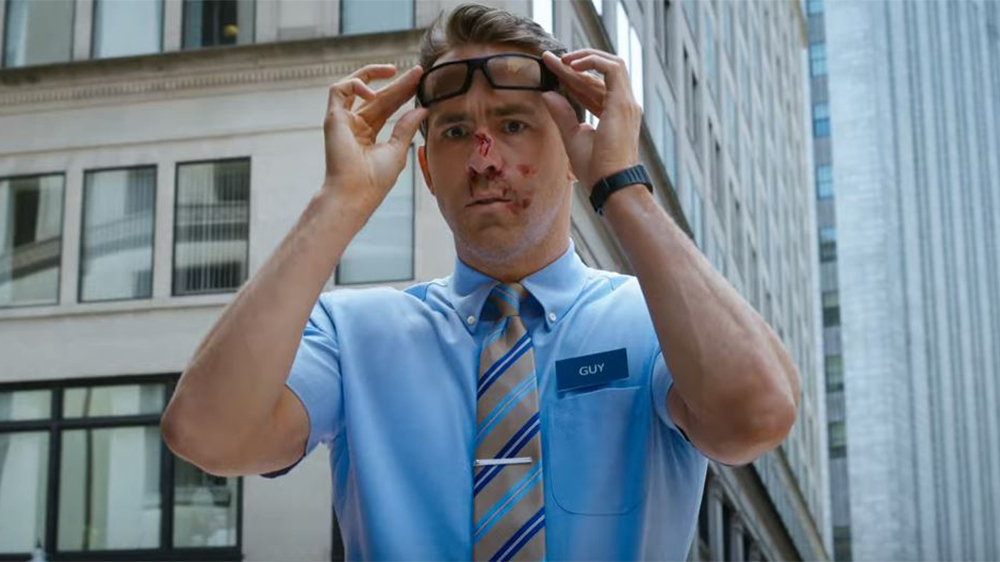 Disney may have a new film franchise on its hands after “Free Guy” beat box office expectations. For theater owners, however, the victory comes at a time when moviegoing remains severely hindered by the pandemic.

“Free Guy,” a sci-fi comedy adventure that takes place within a video game, collected $28.4 million at 4,165 North American theaters over the weekend. Overseas, “Free Guy” earned another $22.5 million for a global tally of $51 million. Heading into the weekend, even bullish projections thought a start above $20 million at the domestic box office could be a stretch because the delta variant of COVID-19 has shaken consumer confidence in going to the cinema. Plus, the Disney and 20th Century film is an original property, meaning there isn’t a built-in fanbase to reliably show up on opening weekend.

“Ryan Reynolds has shot into the stratosphere because of ‘Deadpool,’” Robbins says. “In ‘Detective Pikachu,’ his voice was a big part of that movie’s success. That was a good bridge into ‘Free Guy,’ especially with video game fans.”

Few box office experts would have been bold enough to predict “Free Guy” would have a better start than “The Suicide Squad,” which opened last weekend in the U.S. and Canada to $26 million. The Warner Bros. film was made available on HBO Max on the same day as its theatrical debut, unlike “Free Guy,” which is playing only in theaters for its first 45 days of release. Still, “The Suicide Squad,” which received overwhelmingly positive reviews, hails from a popular film franchise and features a band of A-listers in Margot Robbie, Viola Davis and Idris Elba. Some analysts believe the R-rating of “The Suicide Squad” was one factor that limited ticket sales.

In the case of “Free Guy,” Jeff Bock, an industry analyst with Exhibitor Relations, believes the exclusive 45-day theatrical window added a few million dollars more in box office revenues. However, he doesn’t believe that’s the sole reason for its robust turnout.

“Ryan Reynolds is a draw in the right vehicle,” Bock says. “It was a lighthearted summer movie that was made for general audiences, unlike ‘The Suicide Squad.’”

Disney may be popping a celebratory bottle of champagne, but movie theater operators are facing a dire situation. The box office recovery has come in fits and starts, and it has been a mostly homogenous demographic showing up to the movies. So far, the highest grossing movies of the year — Marvel’s comic book adventure “Black Widow” ($178 million), Universal’s “F9: The Fast Saga” ($172 million), Paramount’s thriller “A Quiet Place Part II” ($159 million) and, by a wide gap, the Warner Bros. tentpole “Godzilla vs. Kong” ($100 million) — are all-audience films that appeal to a slightly older group, mainly between the ages of 18 and 35. For “Free Guy,” 59% of opening weekend ticket buyers were male and nearly 80% were above the age of 18.

Notably absent from the year’s biggest earners? Movies geared toward family audiences. In pre-pandemic times, kid-friendly features had been crucial for attendance levels — and popcorn sales (families often splurge at the concessions stand). Currently, kids under the age of 12 aren’t able to get vaccinated, making it less appealing for parents to take the whole family to the movies.

“You see a $28 million opening for “Free Guy” and think theaters are doing great, but we’re talking about an audience that is mostly single males,” Bock says. “They certainly aren’t spending a lot on concessions compared to families.”

Films catered to older adults haven’t been pulling in strong sales either. Consider this weekend’s other new nationwide releases: MGM’s Aretha Franklin biopic “Respect” and Sony’s horror sequel “Don’t Breathe 2.” The former earned $9 million from 3,207 venues in its debut and the latter barely cracked $10 million from 3,005 locations; figures that were expected given the circumstances but would be disappointing in any other environment. Comparatively, “Rocketman,” an R-rated musical biopic about another beloved musician in Elton John, opened to $25 million in 2019, “Bohemian Rhapsody,” inspired by Queen, kicked off with $52 million in 2018. “Judy,” based on the life and times of Judy Garland, isn’t an apt comparison because it had a platform release and never played in more than 1,600 theaters, though it ended its box office run with $24 million in North America. Though musical films could be a mixed bag at the box office, scary movies were considered sure-fire hits prior to the onset of COVID-19.

“‘Respect’ is a movie that’s in a much tougher spot market-wise, because it’s appealing to a demographic that’s the most hesitant to return,” Robbins says. “Delta variant concerns aren’t going to abate for a while.”

As COVID-19 cases surge and moviegoing remains rocky, Hollywood is examining the movie genres making money on the big screen. Already, Sony pushed back the release of “Venom: Let There Be Carnage” by a few weeks, and Paramount postponed “Clifford the Big Red Dog.” Questions still remain about plans for MGM’s James Bond sequel “No Time to Die,” Paramount’s “Top Gun: Maverick” and Disney and Marvel’s “Eternals” — three big films that, for now, don’t have a backstop in immediate streaming availability. Studio insiders privately say they have two or three weeks before they need to make tough decisions about whether or not to delay major fall films. The prolonged sense of uncertainty has left theaters caught in the crossfire, with essentially zero bargaining power to prevent studios from delaying major movies or putting them directly on streaming platforms.

In the meantime, the overall box office has been pacing 50% behind the same period in 2019 and most movies have seen huge drops from week to week. Disney’s “Jungle Cruise” held solid in its third weekend of release, but the family film, starring Dwayne Johnson and Emily Blunt, pulled in just $9 million ($88 million in total). Dividing the profits between the studio and theater owners, it doesn’t leave either with a huge chunk of change. “Space Jam: A New Legacy” and “The Boss Baby,” both geared toward younger audiences, similarly saw ticket sales stall, with both failing to reach $70 million in North America.

“Theaters are treading water. One week they’re making money, the next they’re losing,” Bock says. “Until family audiences come back, it’s going to be a struggle.