Dubai is building an art collection — without buying any art 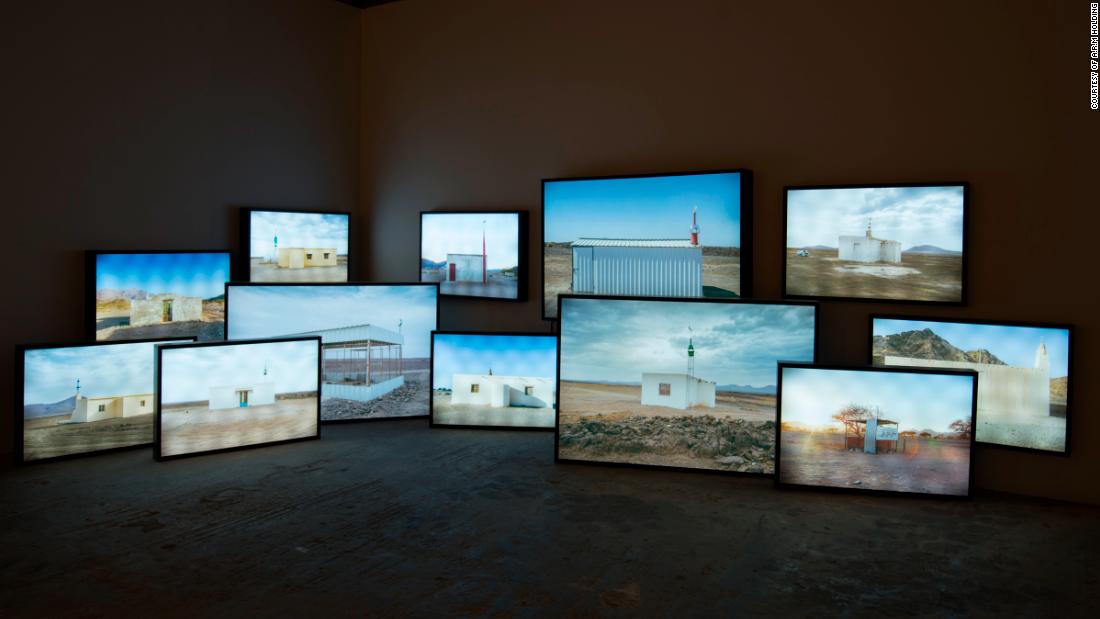 Positioned between Africa, Europe and Asia, Dubai is open to artistic and cultural influences from around the world. This has led to a vibrant, emerging local arts scene.

Until recently, this scene has been led by private galleries showing local artists, but now the Dubai government is building its first institutional art collection from scratch — and there’s a twist.

Dubai won’t be buying any art — it will be borrowing it. National art collections and museums were popularized in Europe during the 18th and late 19th century, and typically, these collections are built over long periods of time by purchasing or being gifted works. But Dubai aims to fast-track the process.

The initiative was developed by Dubai Culture & Arts Authority and Art Dubai and will include a digital museum, as well as annual physical exhibitions of selected works — the first of which will be held at Dubai’s Etihad museum later in the year.

The idea is to foster a collective culture and create a canon of art history that has not been present in the Middle East, according to Art Dubai — without having to rely on government funding.

“Dubai Collection is the first initiative of its kind globally,” said Benedetta Ghione, Art Dubai’s executive director. “Patrons (contributors) are invited to lend their works to the Dubai Collection for a period of 10 years, while remaining legal owners of their pieces.” However, the physical artworks will only be loaned for the times they are on display.

So far, 87 works have been selected as part of the first curation process. Most are from Emirati artists or artists from the wider Arab world. Ghione says a curation committee, made up of experts, selects which artworks are chosen to best represent the art of the region.

The Last Tashahhud, by Moath Alofi, shows the mosques “scattered along the winding roads leading to the holy city of Medina, Saudi Arabia.” Credit: Courtesy of A.R.M Holding

Al Gurg believes that by borrowing artworks, Dubai will be able to develop a collection faster than by buying them.

“Creating a national collection is often a lengthy process of navigating an ever-changing art market and diplomatic negotiations with stakeholders … but through our loan-based model we expect to be able to develop several exhibition concepts in the first few years within launching the initiative,” said Al Gurg.

She adds that having temporary exhibitions, rather than a permanent display, can be an inspiring way to show a collection. “At this stage in the development of the initiative, we see the temporary exhibition as the preferred format for engaging the public in person,” she said.

This untitled piece is by Algerian-born artist Baya Mahieddine (1931-1998) who was known simply as “Baya.” Credit: Courtesy of His Highness Sheikh Mohammed bin Rashid Al Maktoum

Janet Rady, a specialist in modern and contemporary Middle Eastern art, says the Dubai collection is likely a response to others in the region, such as Qatar, Saudi Arabia and Abu Dhabi, promoting art from a government level.

While Dubai is home to nonprofit Jameel Arts Center, as well as commercial galleries, such as those in art hub Alserkal Avenue, the city lacks institutional collections.

“It’s a nascent art scene, it’s still quite private,” said Rady. “There’s no real museum as such that’s open permanently to show modern and contemporary Arab art so in that sense, I think it’s definitely filling a gap. It’s perfectly standard in the market to validate your works by having them shown in a museum.”

Part of the Dubai Collection initiative is a digital museum, which will allow more people to see the art, and will include educational materials.

Rady says the digital museum could help provide international exposure. “One of the problems is the visibility of the Middle Eastern art world to people outside the Middle East,” she said, adding the collection could encourage young people to get into the arts.

Al Gurg adds that while the digital museum is an important element of the collection, artworks usually have the most impact when viewed in person.

“Although Dubai’s art scene seems relatively young, its vibrant, multicultural and innovative nature very much reflects the spirit and identity of its home,” said Al Gurg. “Looking further ahead, we hope to further grow the Dubai Collection with the aim of highlighting even more artists and stories.”