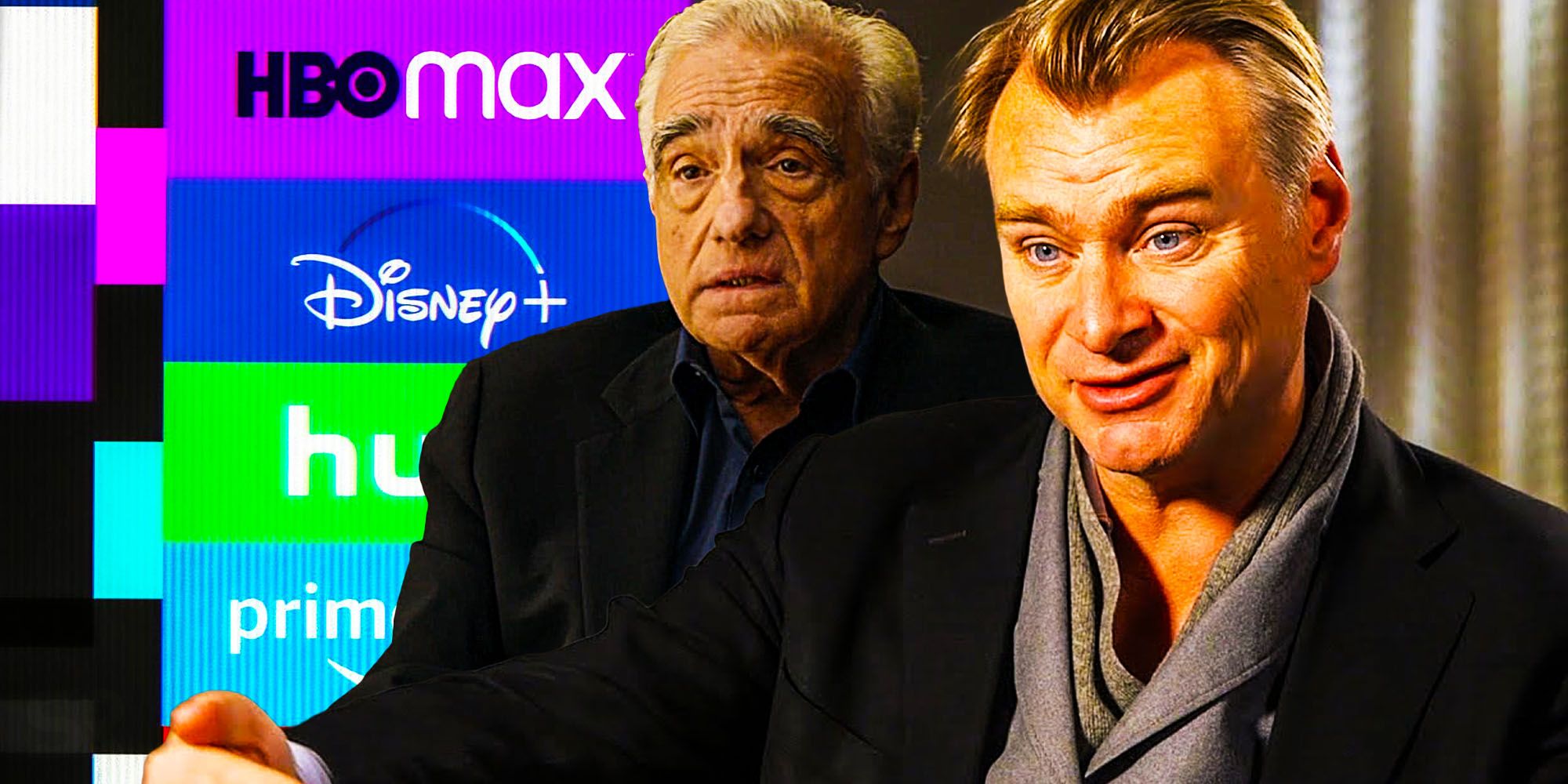 The shift from theaters to streaming has some directors criticizing the streaming model and home viewing in defense of movie theaters and the big screen, but it only shows how out of touch they are with the modern movie viewing experience. Theaters have always been the cornerstone of cinema, and while they’re not likely to go away entirely, we’re in the middle of an industry shift towards streaming, and directors like Christopher Nolan, Denis Villeneuve, and Patty Jenkins criticizing streaming releases need a better understanding of why it’s happening if they truly want to support theaters.

It’s important to note that, while the shift to streaming was supercharged by the pandemic, movie theater attendance was already in decline since long before the dawn of streaming. Box office receipts may have been going up due to inflated ticket prices, but theater attendance has been trending downwards, with fewer and fewer tickets being sold for the last 20 years.

Related: Why James Gunn Is Right About Theaters vs Streaming (& TV)

This decline is due to both a declining quality in the theatrical experience and a constantly improving home viewing experience. Before streaming, video rental stores popularized home movie consumption before it was supercharged by Netflix, and home theater equipment has gotten consistently better and cheaper during a time when theaters are getting worse and more expensive.

The Theatrical Experience Isn’t The Same For Everyone

Directors like Nolan, Villeneuve, and Jenkins have all criticized streaming releases, saying their movies are intended to be consumed on a big screen with big sound, and there’s no denying the value of a good theatrical experience with sound and screens that can never be replicated at home, however, that’s not the way everyone experiences movies at the theater. In fact, any directors who primarily see movies at big Hollywood premiere events or private IMAX screenings are likely out of touch with the theatrical experience many other people are having as complaints over talking audience members, phone use, price increases, and a general decline in value have become more common.

If everyone had access to the same theatrical experience as Nolan, Villeneuve, and Jenkins, they’d probably prefer that, too. Without that, it’s no wonder the availability of big-budget productions with big-name talent on streaming services, often with unlimited access for less than the cost of a theater ticket per month, is making many people decide to stay home instead of facing the cost and inconvenience of going to the theater. And with cost of big TV screens and good sound systems becoming more affordable, not having to worry about distracting audience members, and other factors like being able to get whatever snacks you want for far cheaper than typical concessions prices makes the home viewing experience competitive to the theatrical experience for some people.

There’s also the fact that movie theaters only make up a small part of most people’s long-term relationship with their favorite movies. As James Gunn recently (correctly) pointed out, movies have always lived on TV (and now streaming). They’ll be on the big screen for a few months before heading to home media, where a whole audience subset sees it for the first time and it’s watched and rewatched and truly becomes engrained in movie culture.

In fact, some movies designed for the big screen fail to have much of a life after that, with movies like Gravity making a strong showing at the box office, but losing a lot of its replay value outside of IMAX 3D. Meanwhile, long-held cult favorites like Fight Club can flop on the big screen, only to become major hits once people discover it on home media. Theaters used to be where movies would generate a bulk of their revenue, which was especially necessary for big-budget blockbusters, but home viewing is where a movie would be cemented as a favorite. Now that streaming revenue is surpassing pre-pandemic box office revenue, movies are able to justify big budgets with straight-to-streaming releases, meaning theaters no longer have exclusive on big titles, and now the experience itself is all they have to offer, and that’s not always a reliable feature.

How Directors Can Actually Support Theaters

It’s also unfortunate for talented and respected directors like Nolan, Villeneuve, and Jenkins to decide to criticize streaming is the best way to support the theatrical model, especially when streaming is creating more and more opportunities for up-and-coming filmmakers who might have never been able to make movies if theaters were the only way to monetize them.

The approach of the streaming detractors is also a big contrast against someone like George Lucas, who always embraced industry change, being one of the first directors to switch to using digital cameras on a blockbuster movie, which is now an industry norm. Lucas always led the charge on making big movies with modest budgets, with Star Wars: Revenge of the Sith costing $113 million in 2005, which is approximately $157 million in 2021 dollars, about half the cost of each of Disney’s sequel films. While there’ll always be debates over the quality of the Star Wars prequels and sequels, even those that prefer Disney’s Star Wars sequel trilogy to the prequels would have a hard time arguing the final products look like they were made for 200% the budget of the prequels.

With the shrunken post-pandemic box office, budget practices like this may be one of the most important ways to ensure big budget movies can continue to turn a profit on the big screen, otherwise, big-budget movies may have to surrender the big screen to mid and low budget movies in favor of streaming releases, which would be a major blow to the kind of theatrical experience everyone wants to preserve.

Lucas also used his influence as a director to push theaters to modernize and improve their projectors and sound systems if they wanted to show his movies, ensuring anyone who saw his movies was getting the theatrical experience he intended. Improving the theatergoing experience and avoiding unnecessarily inflated blockbuster movie budgets may be the best way to save the theatrical experience, whereas simply ridiculing the streaming experience only makes some directors look more out of touch with modern audiences.

Next: Why WB Movie Directors Hating On HBO Max Are Missing The Point

Stephen has been writing for the site since 2016 and enjoys all manner of movies and TV, especially when it gives reason to obsess over minor irrelevant continuity minutiae.


Stephen has been infatuated with movie magic on screen and off since wearing out his VHS copy of The Making of Star Wars when he was 7. This passion continues in his work as a film journalist, whether it’s hunting down breadcrumbs about the Snyder Cut, breaking down box office trends, or obsessing over Rotten Tomatoes data, Stephen lives in the minutiae, as listeners of his podcast, Batman v Superman: By the Minute (with fellow-Screen Rant editor Andrew Dyce) know all too well.


When he’s not writing on the site, Stephen can be found obsessing over vintage camera lenses, chasing his tiny children around, or getting himself into trouble on Twitter @smcolbert.