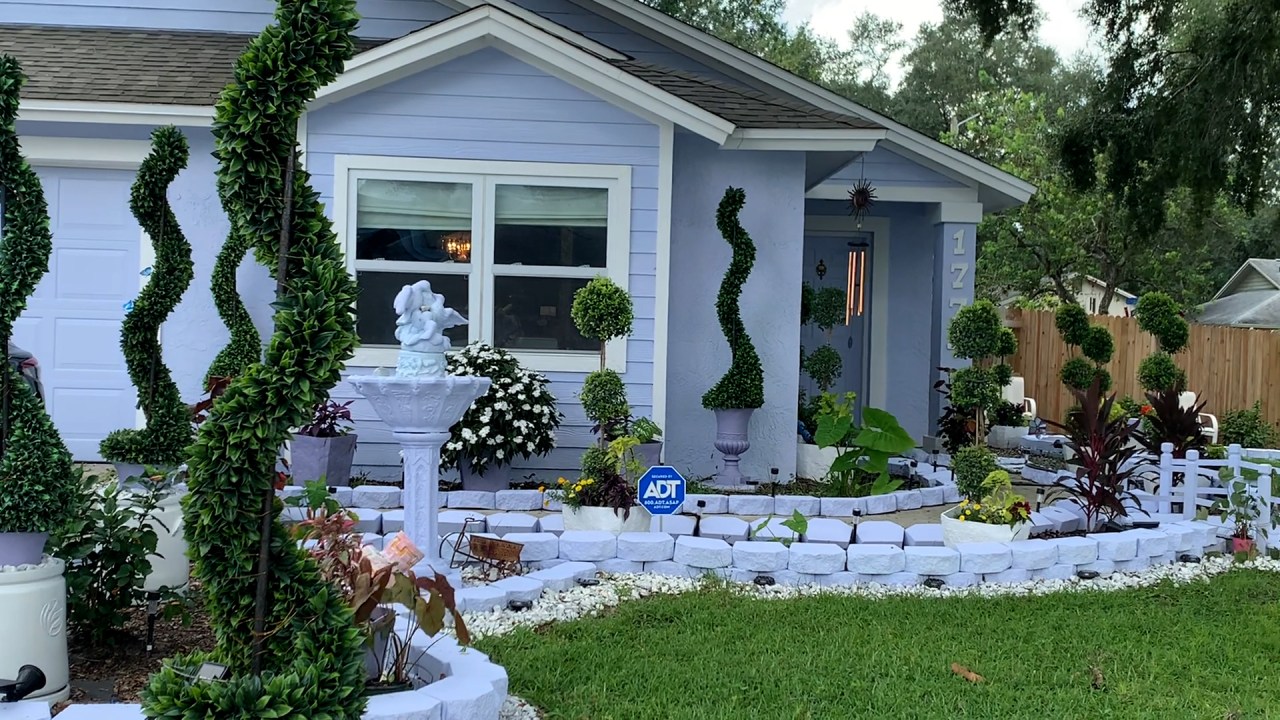 LUTZ, Fla. (WFLA) – A lucky couple from Florida is sharing their love for Tim Burton’s classic “Edward Scissorhands” at their home — a home that just so happens to be where portions of the 1990 movie were filmed.

It’s a case of serendipity. Homeowner Joey Licalzi actually worked as a dishwasher on the set of the film. He and his wife Sharon were in search of a home but their offers kept getting turned down. They even placed an offer on a home across the street from the “Edward Scissorhands” house, located in Lutz.

When that offer was turned down, Sharon began utilizing a real-estate website — and that’s when the “Edward Scissorhands” home itself actually came up on the market.

The couple put an offer on a Saturday. The next day, TMZ had picked up the story and offers on the home were coming in from all over the world, Joey said.

Sharon said they upped their offer on the home twice, and it only took until the following Friday before it was accepted.

“We were pretty thrilled. I cried instantly,” Sharon said.

The “Scissorhands” fans have only been living in the home for 10 months, but they have already decided to give back to their community — and to fellow Tim Burton and “Edward Scissorhands” fans — by turning part of their home into a free museum.

On the outside of the home, the front yard has been redone with topiaries similar to the movie, pruned by Sharon herself. The house has a fresh coat of paint and a colorful garden, with seating and lighting in place in the back yard.

The mushroom wallpaper in the kitchen isn’t original from the film (a company from London recreated it), but the couple does have a square of the original wallpaper from the first homeowner, as seen in the film, on display.

Both Joey and Sharon said it’s the most unique thing they have in their home museum, but everything inspired by or original to the movie seems to have an impact on hardcore fans.

“People cry. Well, I mean our FedEx guy cried in the garden. We’ve had a father and a daughter [shaking] in the kitchen. I’m telling you, it’s really bizarre,” Joey said.

Sharon said meeting the original owner of the home was thrilling to her.

“She must have thought I was crazy when I called her up out of the blue and I’m like, ‘Did you own the house? Can you come over?’ And she was like, ‘Okay?’ And having her giving us that wallpaper. I was wiping tears when she was sitting at our kitchen table.”

Sharon said the woman’s stories are “amazing.” It’s extra special, she added, because despite owning the home, the Licalzis obviously don’t have all the backstories.

“So we met a new friend and she’s promising to come back with more gifts and just different memorabilia and pictures, so we’re pretty excited,” Sharon said.


Home from 1991 film ‘My Girl’ hits market in Polk County, becomes most popular listing at Realtor.com

The Licalzis are waiting for cooler weather to resume screenings of the film — also for free — for small groups in their garden.

“Once the cooler weather comes, you can just sit in the garden and watch the movie,” Joey said.

“We haven’t [got] all the logistics because we’re pretty sure we’re going to get a lot of requests, so it’s on the list,” Sharon laughed.

Inside the home museum, the couple is planning more paintings, and, hopefully, a couple of Johnny Depp autographs. The original neighbors are also hunting down memorabilia from when the movie was filmed. One such search turned up a promotional t-shirt which was given to residents of the neighborhood by Tim Burton himself upon the conclusion of the movie.

The Licalzis said about 30 families and guests had come through in the week since they painted the house. But now that the free museum is open, many more fans are flocking to the home.

The couple is happy to have folks on the property to take photos or just even to drive by and admire the house from the outside.

Fans looking to book tour reservations of the home’s interior can visit @Official_Scissorland on TikTok and Instagram.