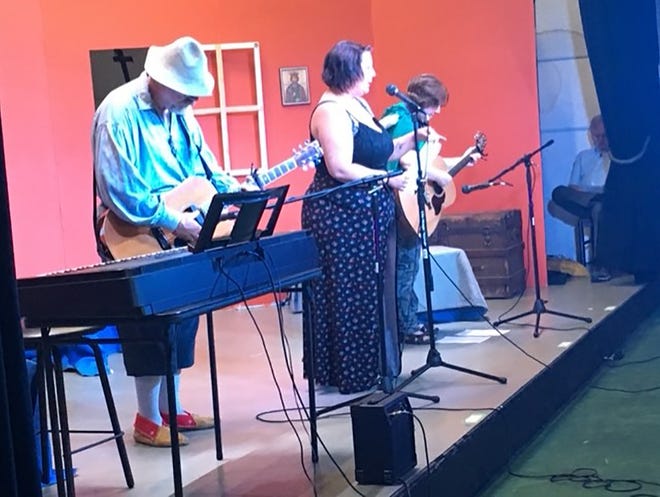 Now in its 39th year of production, the annual Athens Area Follies will be held at 7 p.m. Saturday, July 23, at the Quonset Hut Theater, 132 N. Capital Avenue in Athens. Admission is by donation. Arrive early to ensure getting a good seat, then sit back and enjoy the local talent that’s on display.

This year’s Follies will feature singing, dancing, a dramatic reading, musical instrument performances and humorous bits interspersed throughout the production, much of what audiences have come to expect.

However, there will be no large production numbers, which were a prominent feature of the Follies when it was held on the stage of the Athens High School gymnasium until 2020, when they were cancelled due to the COVID-19 lockdown that occurred midway through rehearsals.

“I’m excited we’re getting back to staging the Follies, said Director Katie (Riddle) Brodock, who grew up performing in the Follies and whose two daughters, Madelyn and Ava, have been staples of the annual arts entertainment production as soon as they were old enough to sing and dance.

“Mostly, the Follies have involved students K-12, and perhaps a few adults,” Brodock continued, “And that mix is what we have again this year. There are more individual than group acts in this year’s Follies.”

Like most parents of Follies performers, Brodock loves to see her children up on stage. It’s her fondest wish that more people will become involved in this annual celebration of the arts in a small town setting, whether as performers or audience members.

“I want people to know we have a great arts community in Athens that they can support by becoming involved or by attending performances at The Quonset Hut Theater. The Follies has so much to offer culturally to Athens and the surrounding areas. People shouldn’t miss out on it.”