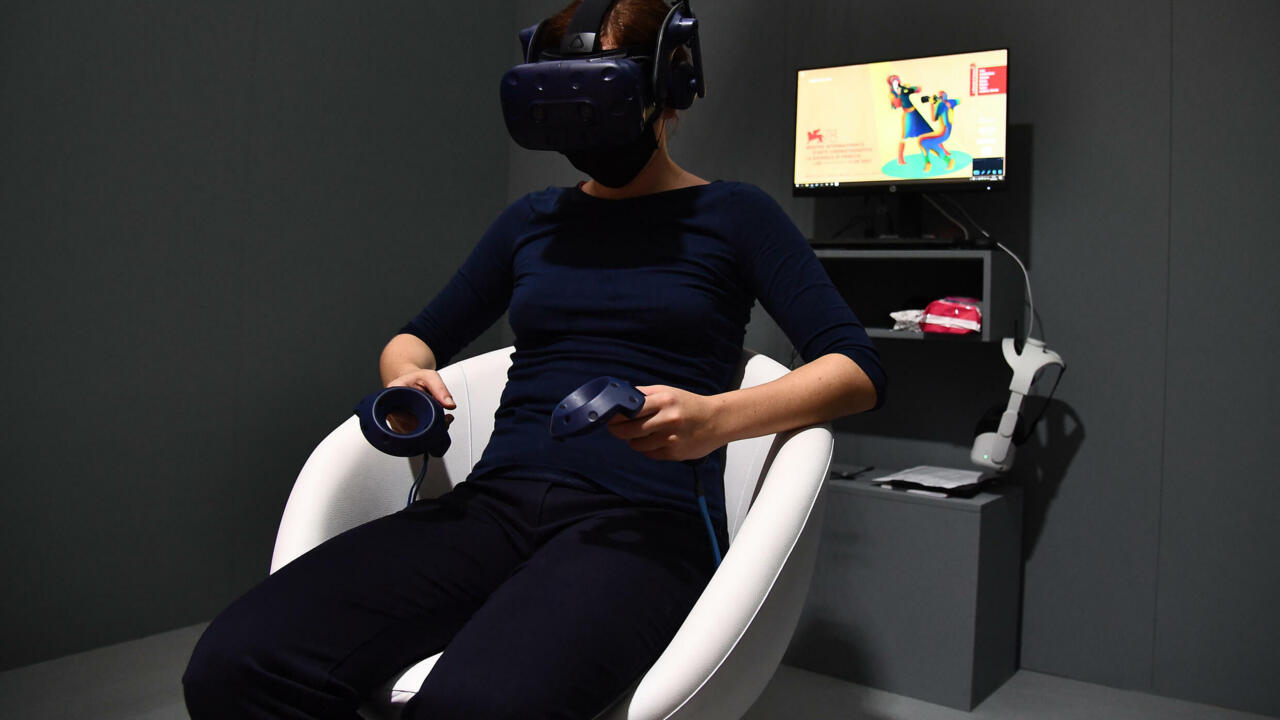 “Can you tell the difference between what is and isn’t real?” intones Tilda Swinton as the room disintegrates into pixels.

Swinton is the latest star to lend her talents to the world of virtual reality, which has been quietly building into a medium with incredible — and disconcerting — potential.

She narrates “Goliath”, about a man’s descent into schizophrenia, illustrated by startling visual effects and interactive experiences that illustrate his slippery hold on reality.

It premiered in the VR section of the Venice Film Festival which is running until Saturday.

It was far from the only intense experience on offer to those willing to don helmets and flail around in a booth.

“Container” was a particularly arresting experience.

One minute, the container is filling with water as a woman tries desperately to keep from drowning, then suddenly it becomes a massage parlour with a man trying to force a woman into sex, then suddenly a tiny sweatshop in which a family of garment workers are toiling away.

The viewer is so utterly immersed, effectively standing just centimetres away from the characters, that it feels viscerally, uncomfortably real.

“VR is immersive theatre meeting technology. It has extreme potential, it goes beyond the wildest imagination of what people can experience spatially and artistically,” May Abdalla, co-creator of “Goliath”, told AFP.

“Not every project suits VR. You need to find the right experience,” Abdalla added.

Given that its 15-minute running time is almost entirely filled with naked men fellating and penetrating each other in a sauna, some might feel the line is crossed.

VR competitions have become a regular feature of film festivals around the world, from Sundance to Cannes, but many remain unaware of how quickly the medium is evolving.

“The tech has reached the point where the makers are no longer fascinated by the tech… where it can call itself a fully-fledged artform,” said Reilhac.

The projects at Venice range from 360-degree films in which the viewer can look around but not interact with objects, to the other end of the spectrum in which they embody an avatar and are fully immersed in an interactive world.

“You’re tricking the limbic brain and you can’t turn that off,” said co-curator Liz Rosenthal.

“When you’re standing on the edge of a virtual cliff, you can’t stop yourself feeling vertigo.”

The vast potential means creators are still defining what VR can be for themselves and for audiences.

“You can feel the possibilities changing as you’re working with the tools,” said Abdalla.

“With film, there is already a sophisticated rapport with the audience. They understand the vocabulary of cinema. But with VR, you know it’s often their first time. You have to connect with that. It’s a collaboration with them.”

Famously, VR is a medium that has been on the cusp of going mainstream for years — even decades — without ever quite getting there, held back by the expensive and unwieldy equipment.

But the industry only really got going in the mid-2010s as many companies — including Google, Apple and Amazon — began pouring money into the technology.

Reilhac said things were now moving fast thanks to the surge of interest in “social VR”, where people meet up for digital gaming and gigs — a trend accelerated by the pandemic.

“It will become ubiquitous when the headsets become glasses,” he said.

The business potential was underlined last month when Facebook — which owns the Oculus headset firm — unveiled “Horizon Workrooms” for people to collaborate virtually.

“Give it two to three years and we’ll see where we are, but I bet it’s going to be major,” Reilhac said.