9 great series and movies from 2022 to stream on Hulu 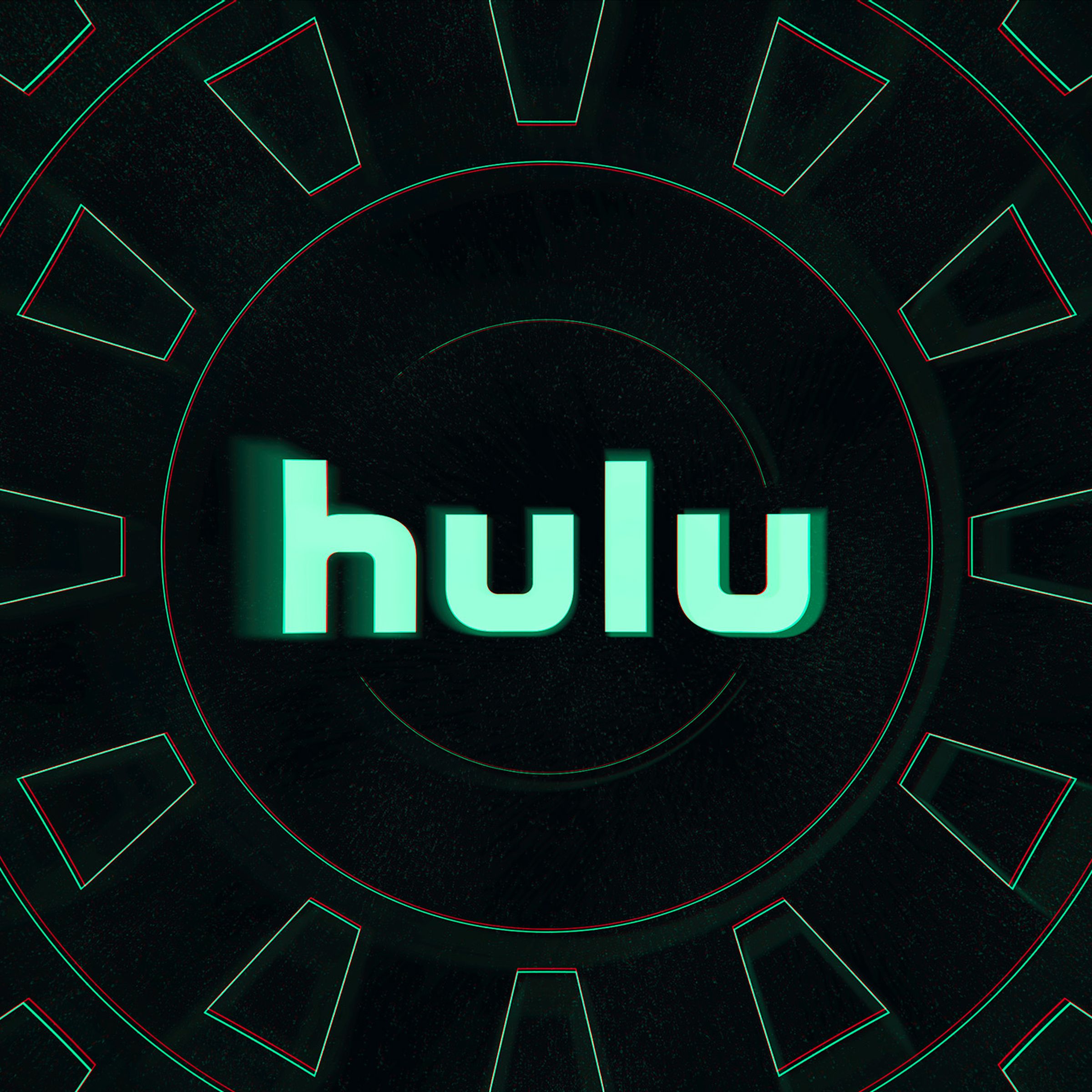 The streaming space in general was so packed with new series and movies in 2022 that it was basically impossible to catch everything that the big platforms put out. This time of year is always great for catching up on those must-see projects that you fell behind on or never got around to watching, and Hulu in particular has a sizable selection of things worth checking out — especially for those who find themselves with some time to kill during the holidays.

There’s a very solid chance that you might be one of the millions of new subscribers who signed up for Hulu this year as it became one of the pricier streaming services comparable to rivals Netflix and HBO Max. At $15 per month, Hulu’s standard ad-free subscription isn’t exactly “cheap” per se. But when you actually dig into the service and see all it has to offer, it’s not hard to find more than a few excessively watchable movies and series — the kind perfect to check out as the year draws to a close.

Hulu may be one of the more expensive streaming services, but the wide variety of shows and movies it offers may make it worth the price.

Based on K. Scot Macdonald and Patrick MontesDeOca’s book Deadly Dance: The Chippendales Murders, FX’s Welcome to Chippendales details the wild and often unbelievable life of Somen “Steve” Banerjee (Kumail Nanjiani), a man who built a burlesque empire by catering explicitly to women’s sexual desires. Welcome to Chippendales traces the arc of Bannerjee’s life as he goes from being a modest gas station manager to one of the most infamous businessmen in America — and a felon convicted of a number of crimes like murder-for-hire. In a year that’s been full of series glamorizing the lives of notorious business-minded individuals, Welcome to Chippendales feels like a breath of fresh air for focusing on something other than Silicon Valley types.

Everything in The Bear comes served with a side of stress, but there’s also something strangely comforting about the show’s story of an anxiety-plagued chef trying to whip his family’s beloved restaurant back into shape. Carmen “Carmy” Berzatto (Jeremy Allen White) isn’t the most likable person or boss as he begins to get used to running The Beef alongside manager Richie (Ebon Moss-Bachrach) and chefs Sydney (Ayo Edebiri), Marcus (Lionel Boyce), and Tina (Liza Colón-Zayas). But The Bear takes the grating friction that defines all of its characters’ relationships with one another and uses it to home in on what it is about nerve-racking workplaces that can bond people together and push them to grow.

In the middle of an unseasonably hot summer, all that Tatami Time Machine Blues’ college-aged protagonist Watashi (Shintaro Asanuma) wants to do is camp out in his dorm room — which happens to be the only unit in the entire building equipped with an air conditioning unit. But after Watashi’s self-centered friend Ozu (Hiroyuki Yoshino) renders the A/C unusable, all of the students’ lives take a turn for the strange — not just because they’re all living on the verge of heat stroke, but because of the strange man who appears in their hallway piloting what appears to be a time machine. Though The Tatami Time Machine Blues’ story is a sequel to author Tomihiko Morimi’s novel The Tatami Galaxy and features a number of similar ideas, the anime’s much more immediately accessible and perfect for weekend binges.

The Bob’s Burgers Movie is one of those long-awaited feature-length animated films that feels like it came out forever ago, but it’s actually only been a few months since Bob (H. Jon Benjamin) and the rest of  the Belcher family made their big-screen debut. Though a musical seaside murder mystery sounds right up Linda’s (John Roberts) alley, when a dead body’s discovered in the Belchers’ restaurant, it puts the family in a tough spot that Louise (Kristen Schaal), Gene (Eugene Mirman), and Tina (Dan Mintz) take it upon themselves to get everyone out of. After years of the Fischoeder family being caught participating in various crimes all across their town in New Jersey, one might think that it wouldn’t take three children to figure out how they’re involved in the latest strange occurrence to rock the Wonder Wharf.

In its second season, Abbott Elementary has only become even more dynamic and heartwarming as Janine (Quinta Brunson), Ava (Janelle James), Gregory (Tyler James Williams), and all of the other teachers at Abbott settle into another year of molding young minds. For the most part, Abbott’s second season keeps its focus on the school’s student body as a crew of filmmakers continues shadowing Janine and the others while making a documentary about how hard underpaid educators work. But like all the great mockumentary sitcoms of our time, Abbott’s also started delving a bit deeper into its subjects’ personal lives when they’re off the clock, and by doing so, the show’s grown even bigger and bolder.

Though the Bleach anime originally came to an end in 2012, its manga counterpart soldiered on for another another four years before concluding in the epic “Thousand-Year Blood War” arc that pitted the entire Soul Society against the extremist Hollow-killers known as the Quincy. Like the manga, Bleach: Thousand-Year Blood War tells the story of how Ichigo (Masakazu Morita) and his fellow shinigami band together when the Quincy’s extermination of Hollows threatens to destroy both the human world and the realm where spirits dwell. It’s hard to describe how wild it is to see “Thousand-Year Blood War” coming to life this way when it seemed for so long like the arc might not get the anime adaptation it deserved. But longtime fans of the series who’ve been keen to revisit this world are in for something special.

As a trained therapist, The Patient’s Alan Strauss (Steve Carell) has plenty of experience helping people work through all sorts of traumas and dysfunctions that keep them from being able to lead happy, productive lives. Sam Fortner (Domhnall Gleeson), a restaurant inspector and one of Strauss’ patients, knows from firsthand experience just how effective his therapist can be when tasked with unpacking complex personal issues. But when Fortner kidnaps, imprisons, and informs Strauss that he’s a serial killer hoping to work through his killing compulsion, the therapist realizes that he might be in over his head, and on the brink of being another victim.

In This Fool, the world’s a very different place when Luis (Frankie Quiñones) gets out of prison after serving an eight-year-long sentence for getting caught up in the type of petty crime his straight-laced cousin Julio (Chris Estrada) always made a point to steer clear of. Everyone lives on their phones, nobody uses dedicated DVRs, and it’s all a bit much for Luis to take in, which makes him the exactly the sort of person Julio and his colleagues at the Hugs Not Thugs outreach center are meant to help get back on their feet. The more time the cousins spend together, though, the more they realize that while Luis might have made some bad decisions that derailed his life, Julio has let his own coast to an existential halt, and Luis might be the perfect person to help him rediscover what makes him happy.

In Shakespeare’s Romeo and Juliet, Rosaline’s merely a supporting character, but in director Karen Maine’s Rosaline, she’s both the star and a woman on a mission to get even with her two-timing boyfriend. It comes as a devastating shock to Rosaline (Kaitlyn Dever) when she discovers that her longtime beau Romeo (Kyle Allen) has been seeing some other girl named Juliet (Isabela Merced), who he seems intent on eloping with despite their families hating each other. If Rosaline weren’t too close to all of the red flags to recognize them for what they are, she might know to run in the opposite direction. But here, she reckons that she might still have a shot with Romeo if she and her nurse (Minnie Driver) can convince Juliet to dump him in favor of sewing her wild oats — a ridiculous plan, but one that feels like exactly the sort of nonsense The Bard himself would have a chuckle at.