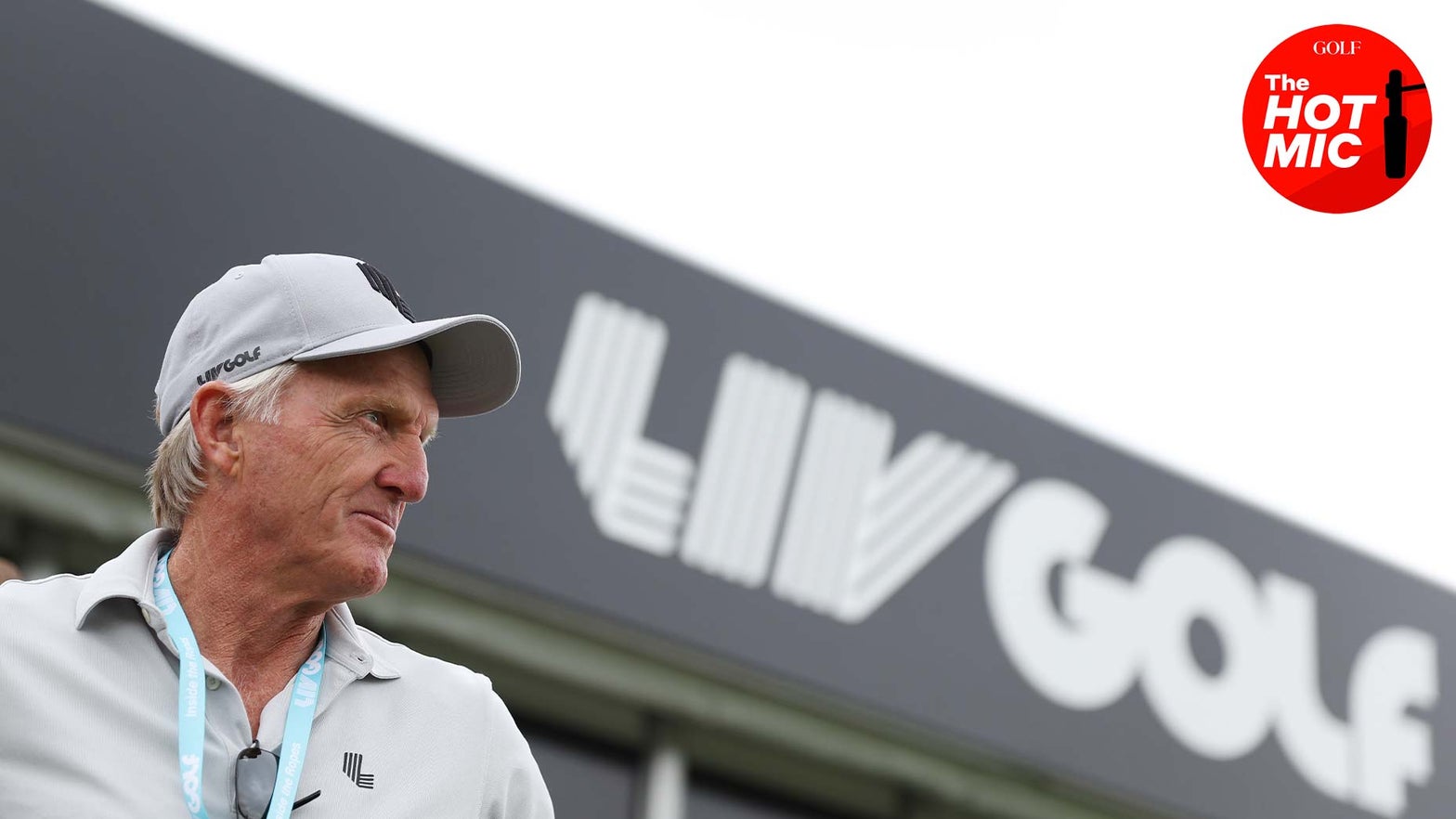 Media rights are one of the biggest challenges facing Greg Norman and LIV Golf.

Sports leagues exist, fundamentally, to make money. And any league with the hope of eventually making money has at least one common thread: a TV deal.

For pro sports, no revenue stream is as profitable or as vital as media rights — agreements in which leagues bundle the “right” to broadcast their events exclusively to networks and, more recently, streamers in exchange for considerable sums of cash. The PGA Tour’s media rights agreements make up an estimated 41 percent of the league’s annual revenue. For other leagues, the percentage is even higher. Today, as ever-larger sums are handed out to leagues worldwide, media rights are expected to gobble up an ever-larger piece of the revenue pie.

Presently, the upstart league has no media rights partner. Its events are available free of charge and commercial-free on YouTube, among other free-to-air options. Barring a sudden shift before the final event of its inaugural season in Miami, LIV will have staged an entire competitive season without earning a penny for its media rights, all while shelling out millions for a broadcast crew to stage each of the events.

LIV, of course, would like to see that change. It has been engaged in negotiations with potential partners dating back to the beginning of the summer, and representatives from FOX Sports, CBS, NBC, Amazon and AppleTV have all reportedly been approached about their interest. But the list of solutions isn’t as simple as Saudi Golf Federation CEO Majed Al Sourer suggested to the New Yorker.

“If it was up to me, I’d make it in-house,” he said, apparently envisioning an NFL Network-type setup.

As the league closes in on winter, the list of potential suitors is dwindling, while the list of concerns surrounding the league is only growing. Below are five problems the Hot Mic is hearing about the new league’s pursuit of a TV partner.

1. The ratings are down vs. earlier LIV events.

Ratings prognostication is a problem typically reserved for those with advertisers they’re scared of underwhelming, but for LIV Golf, it’s actually bigger than that. Ratings for the upstart tour have sagged significantly since relatively stronger performances at LIV Boston, Chicago and Bedminster.

After landing audiences of greater than 600,000 viewers for the final rounds of those three events, both of LIV’s international events (in Bangkok and Jeddah) struggled to reach 300,000 viewers, seeing declines of more than 50 percent off the summer’s high watermark. At LIV Bangkok, things were worse in terms of average audience, which was one-third the size of LIV Chicago and one-fifth the size of LIV Boston.

Of course, it should be noted that LIV Bangkok was contested in the middle of the night for many Americans, while LIV Jeddah was played in the early morning. Still, these dropoffs suggest that YouTube viewers — many of them likely Americans — aren’t following the league as it shifts to different timezones; a concern for broadcast partners who will find themselves at the mercy of LIV’s tournament schedule.

2. The ratings are down vs. the PGA Tour.

Even if LIV’s ratings had held steady, they’d still be facing an uphill battle in competing with the PGA Tour, which has leveraged its partnerships with a trio of network partners (CBS, NBC and ESPN) into a steady spot atop the golf audience hierarchy.

According to documents obtained by GOLF, LIV’s final-round coverage has regularly struggled to reach half of the PGA Tour’s average third-round audience of 1.8 million viewers, while coverage from the league’s international stops has struggled to reach one-fifth of the Tour average.

A silver lining for LIV: there was audience growth in each of its last three U.S. starts, suggesting the league is trending in the right direction among American viewers. Still, you can bet TV execs will be watching closely to see how the league performs come next week’s season finale in Miami.

3. The advertisers aren’t there.

One potential avenue for the upstarts would be to adopt an agreement structure similar to that of the PGA Tour, which pre-sells advertisements to tournament sponsors on behalf of its network partners. Still, it remains to be seen whether LIV has the appropriate interest to absorb the risk of selling ad space itself.

The proliferation of broadcast technology has helped LIV bring its product to fans without a TV deal, but it has also come at an extraordinary burn rate. LIV has spent millions attracting on-air talent for its high-tech broadcasts, and millions more assembling the crew and equipment needed to execute those broadcasts each week. Still, if there’s one benefit to a DIY broadcast, it’s that LIV can dictate the time, tenor and availability of its product.

LIV’s limited options in signing with a broadcast partner (CBS, NBC, ESPN and Turner all face some conflict of interest with the PGA Tour, leaving only FOX and some streamers) mean it could be forced to concede airtime to other network TV obligations.

Take FOX for example, where Golfweek reported LIV was nearing a deal that would pay the network in exchange for airtime (LIV has since denied this report). In the fall alone, the network has outstanding obligations with the NFL, college football, Major League Baseball, NASCAR, the World Cup and college basketball. There simply aren’t enough hours in many weekends to afford LIV its requisite five hours of broadcast time.

Most sports leagues are not funded by the Saudi Public Investment Fund (or PIF) — a half-trillion-dollar pool of money owned by the Kingdom of Saudi Arabia and controlled directly by the crown prince, Mohammed Bin Salman. The Kingdom’s money has allowed LIV to mount an unprecedented charge into the golf space, allowing for tremendous gains in the span of only months, but it has also come at a price. Saudi Arabia’s questionable human rights record and uncertain motives turned LIV into a political lightning rod, the size of which has only grown as the league has cozied closer to Donald Trump.

This, as most people who understand LIV’s broadcast predicament seem to agree, is a source of particular irony. LIV wouldn’t be where it is today without the Crown Prince’s money, but the idea of signing a league wholly owned and operated by Saudi Arabia has turned off some potential partners (Amazon and AppleTV among them) altogether.

Could these entanglements keep LIV from finding any sort of partner? It’s unlikely. But when it comes to striking an agreement, LIV could see itself with an uphill battle toward that first fundamental goal: making money.

James Colgan is an assistant editor at GOLF, contributing stories for the website and magazine. He writes the Hot Mic, GOLF’s weekly media column, and utilizes his broadcast experience across the brand’s social media and video platforms. A 2019 graduate of Syracuse University, James — and evidently, his golf game — is still defrosting from four years in the snow. Prior to joining GOLF, James was a caddie scholarship recipient (and astute looper) on Long Island, where he is from. He can be reached at james.colgan@golf.com.